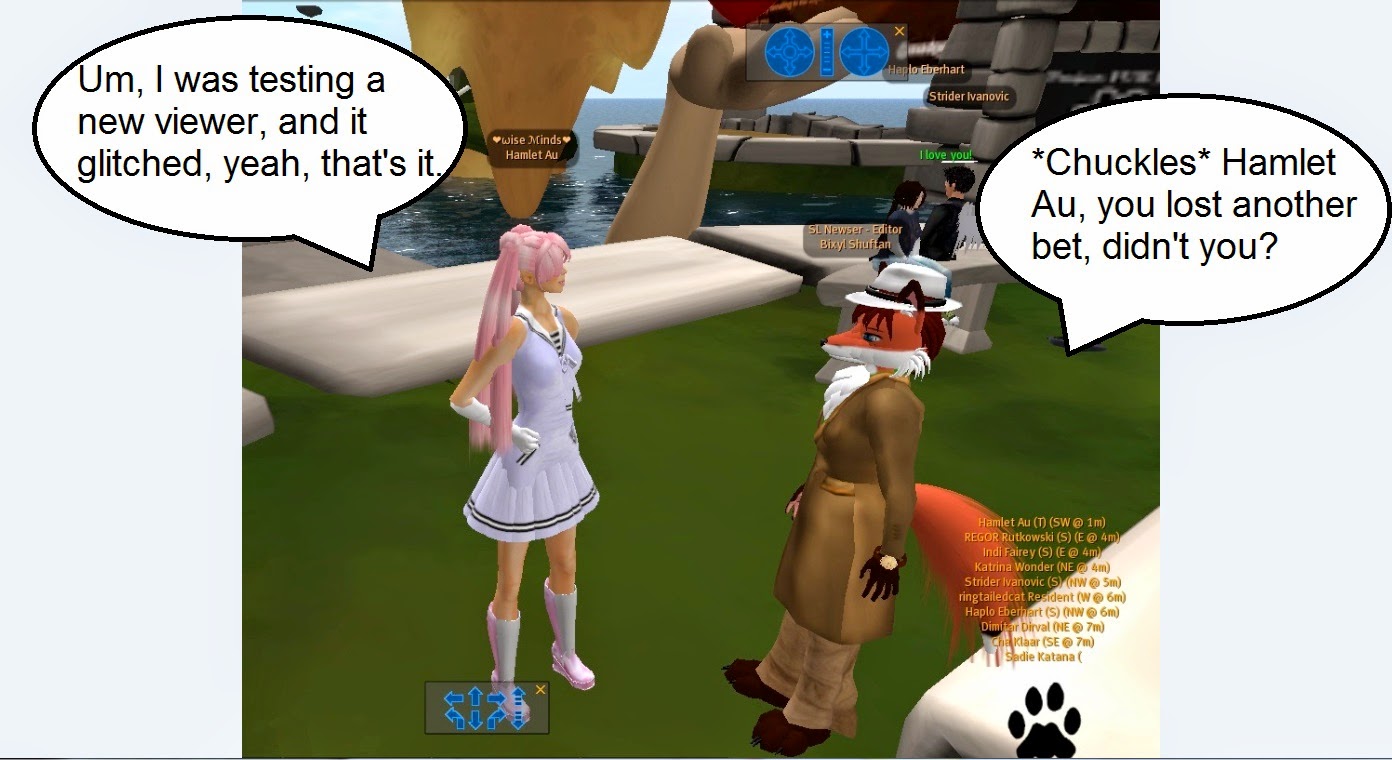 Hamlet Au (James Wagner), the head of New World Notes, has been quite a rival for the SL News audience, at least in the past. Lately though he hasn't been reporting on Second Life as he once has. In April 2011, we both dropped in on a Japanese charity event, and to my surprise he was in the Japanese schoolgirl avatar. He told me he was testing the "basic mode" for newcomers on the official viewer at the time, and he somehow got stuck as a girl due to a glitch. My response was over a minute of laughing gestures, "Oh you are SO cartooned!"

So after three years, here you go Hamlet.