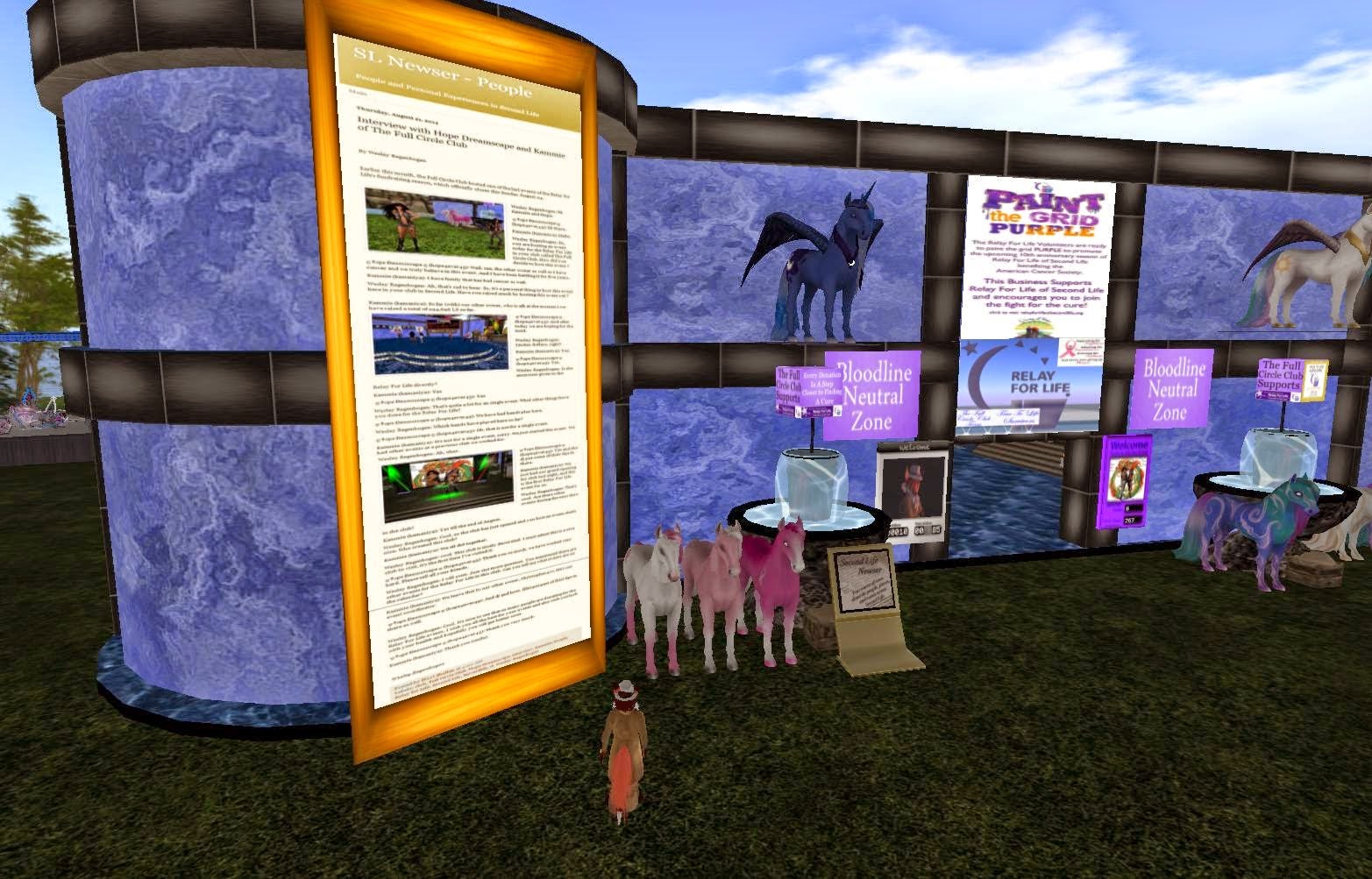 I recenty heard that the club called “The Full Circle Club,” which I reported on in August, and also held an interview with the owners, has closed it’s doors permanently. The reason of closing is not known. I heard about the group’s closing, after someone who runs the group, sent me an IM notifying me that both the group as well as the club itself, have permanently closed down.
The Full Circle Club was a nice club in which I reported on the Relay For Life event a long while ago. It was nicely designed and the music that was played was nice too. It’s sad to hear that the club is gone.
Farewell, The Full Circle Club !!!

Wesley Regenbogen
Posted by Bixyl Shuftan at 6:01 AM