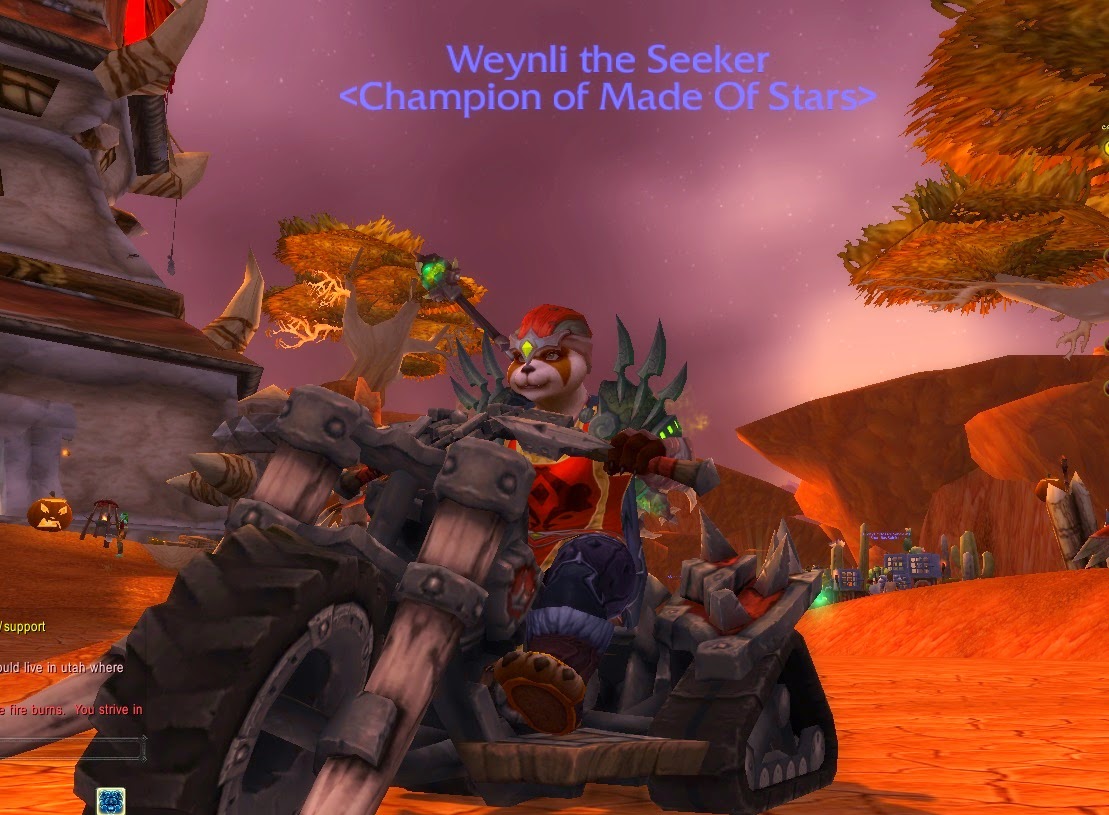 After a break that's lastesd for months, I finally made the decision to give World of Warcraft another try, signing up just in time to get the Horde chopper. So what's going on Azeroth besides trick or treats and trying to clobber the Headless Horseman? The recent update preceding the upcoming expansion in a few weeks gives players a taste of what they'll be facing. The Iron Horde is marching into the Blasted Lands where the Dark Portal is, and both Horde and Alliance are in it's path.

For players whom have already clobbered Hellscream, the rewards won't match the gear they've likely gotten. But those whom haven't quite reached the gear level needed to take on the Siege of Ogrimmar will get a boost that should allow them to skip a couple raid instances. And thanks to the update, finally Ogrimmar no longer looks like Hellscream is still in charge.

So is yours truly back in Azeroth to stay? We'll see. The upcoming expansion isn't exactly getting lots of chatter among my circle of friends.