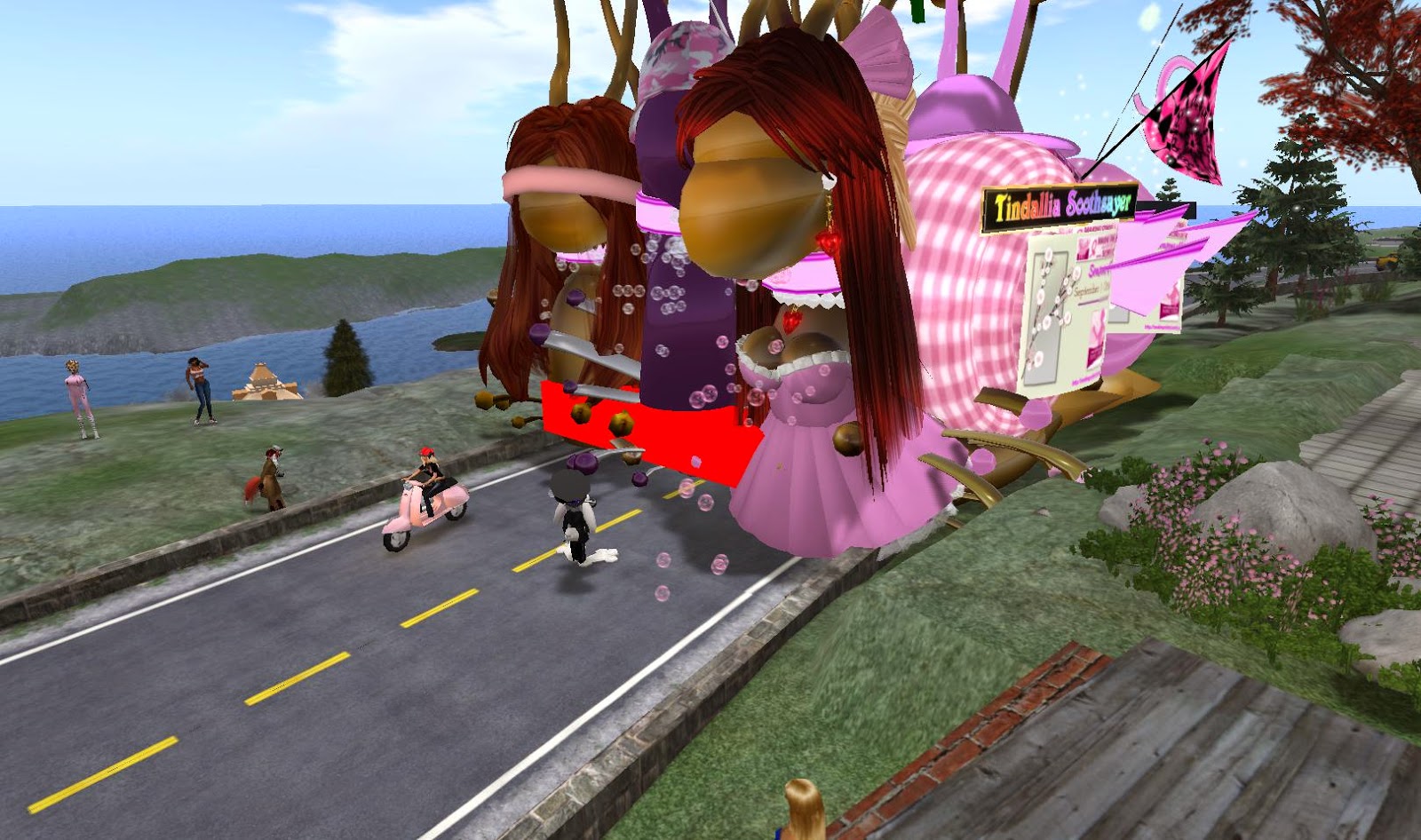 Last week on Sept 27, RacerX Gullwing's Giant Snail Races held a special "Cross Country" race for the "Making Strides. This race was a bit different in two ways. One, there were prizes available besides the trophy one gets for finishing the marathon. Two, as this was a Making Strides event, there were special pink giant snail avatars available for racing. These made of the majority of the racers, some which took time to customize them to somewhat resemble their normal snails, the color aside. The avatars were for free, but the pink scarves needed to be in the race were 500 Lindens with the cash going to the American Cancer Society. 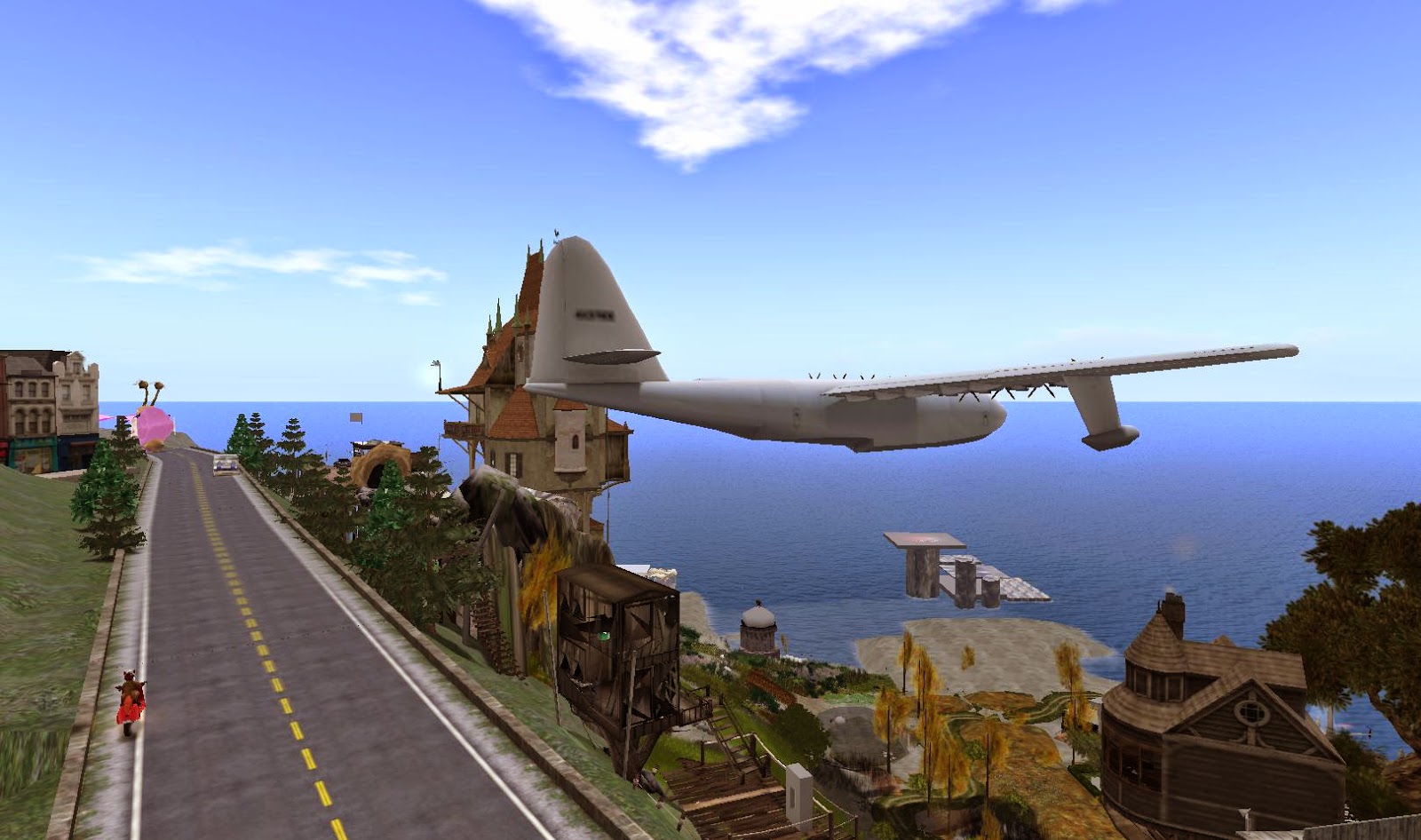 The race took place on the Sansara continent, starting a little after 11AM in the Ontario sim. There was a Vezpa Scooter station close by the starting line, so people could rezz one and follow the race on vehicle, which yours truly did for a while. The course went past "The Shelter" newcomer hangout, and a reproduction of the "Spruce Goose," the largest airplane that ever took flight. There was the usual mayhem as snails got stuck at times, delt with the infamous ban lines, and the occasional "walk of lag." RacerX also had to end up replacing a course marker that somehow got returned. 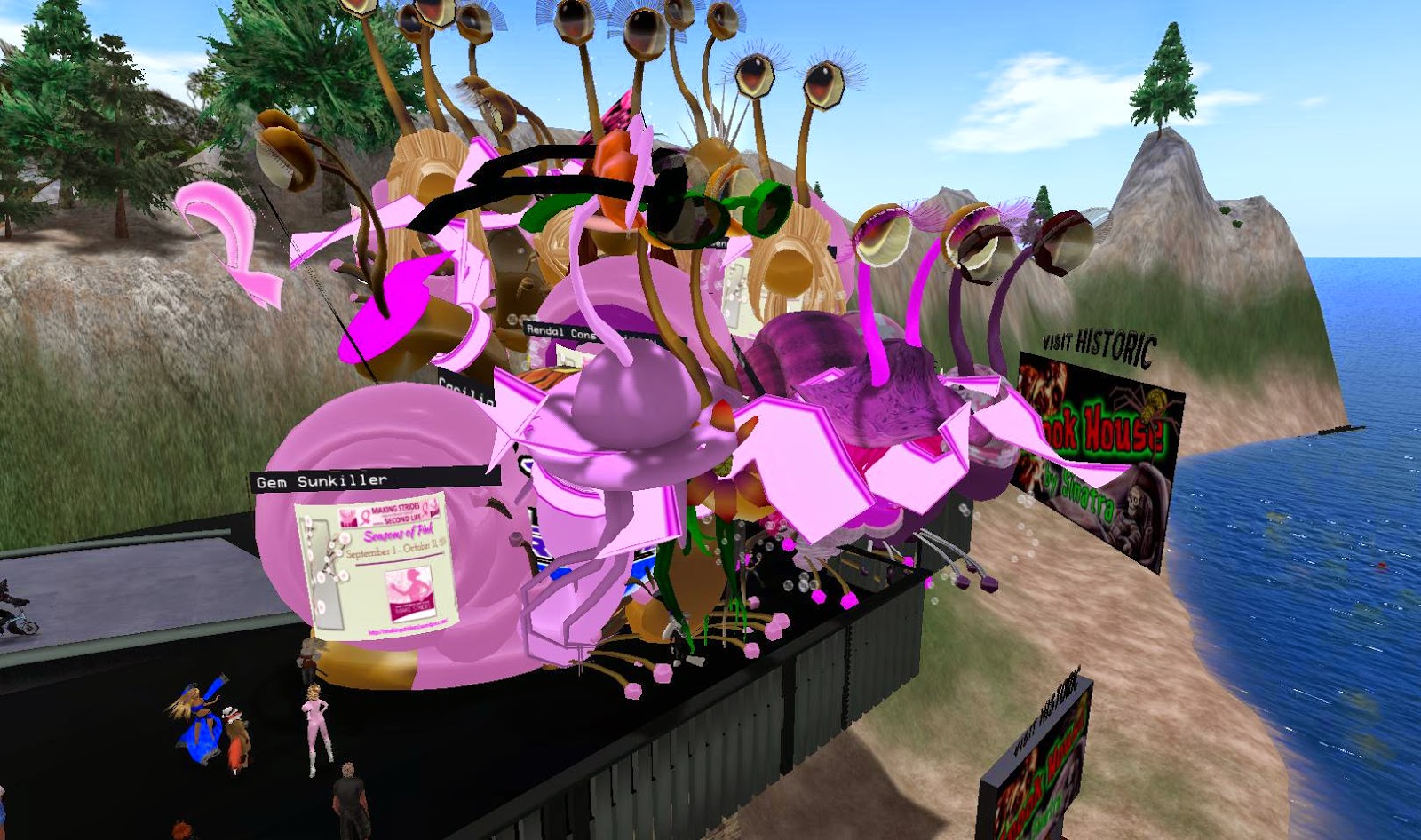 After about 35 minutes, the first of the snails crossed the finish line at Davenport. Gareth8 Albatros was first, followed by Oodlemi Noodle, with Alden Cortes third. They, and possibly other winners, got 4,500 Lindens in gift certificates. Next week, the races resume their normal, and wacky, themed events at the obstacle course on Devon Dream (165, 110, 777)