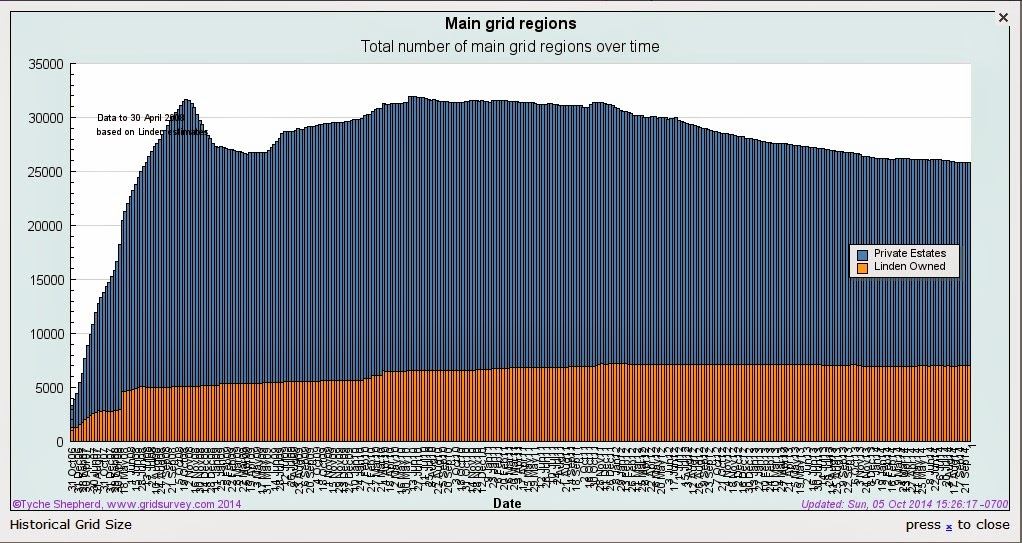 Daniel Voyager published a list of statistics a few days ago. They show a continued slow decline of the number of sims across the Grid.

There were a couple positives in the numbers. The number of private estates grew by 24 in August and by 1 in September. But these obviously haven't been enough to offset the overall decline.

Daniel noted there have been a total of 10,000 to 13,000 accounts being created every day, estimating that the 40 million mark of the total number of accounts created will occur soon. However, only a small fraction of those accounts have so far seen a second day of use.

Daniel Voyager got the statistics from the Second Life Grid Survey, and Second Life Statistical Charts.