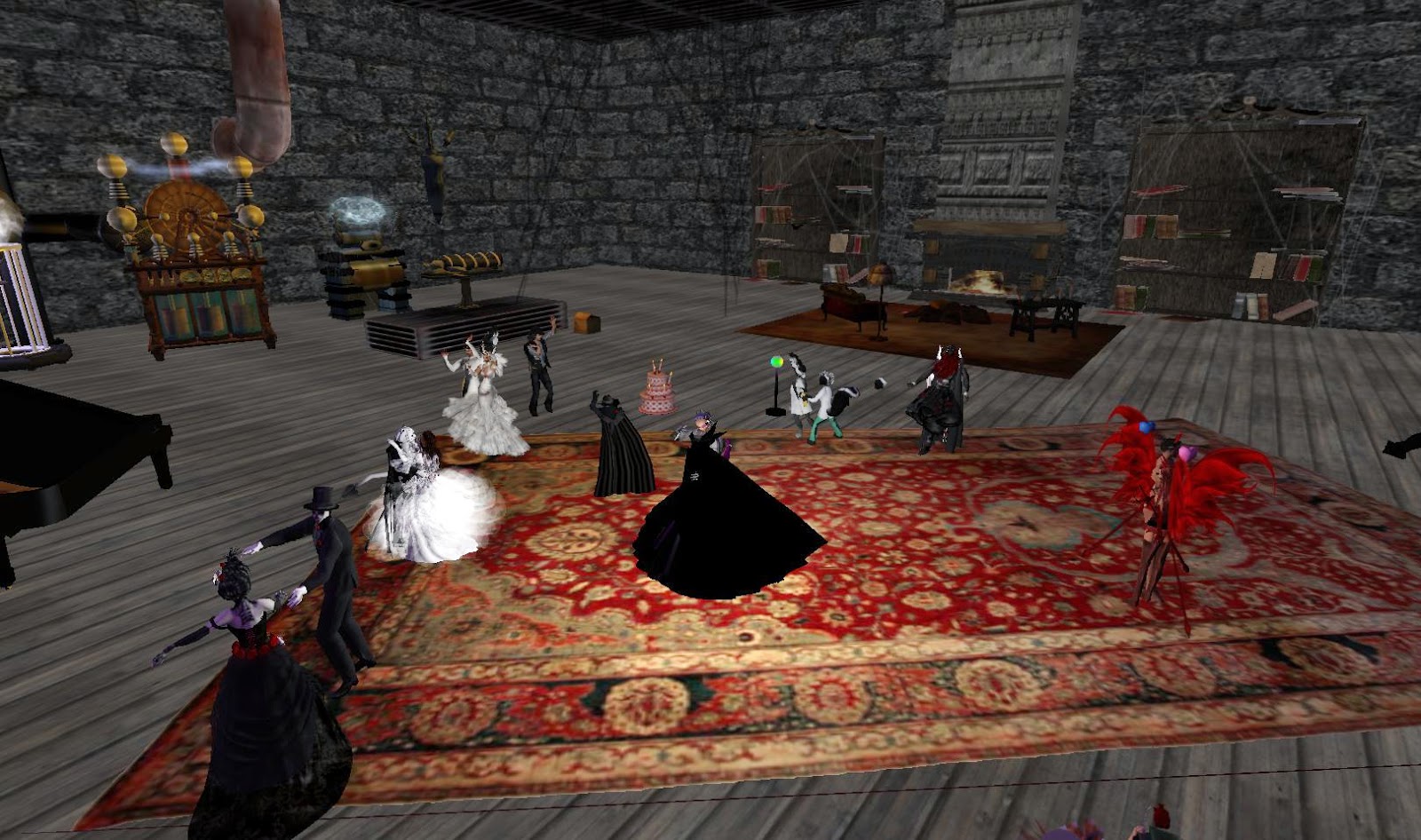 Covadonga Writer, a friend of the SL Newser whom has often hosted beach parties for the paper's crew, recently had her own party. October 15 is the anniversary of her and her partner Ruffian's relationship. And with Halloween just around the corner, they threw an anniversary party and gave it a spooky look in theme for the holiday. 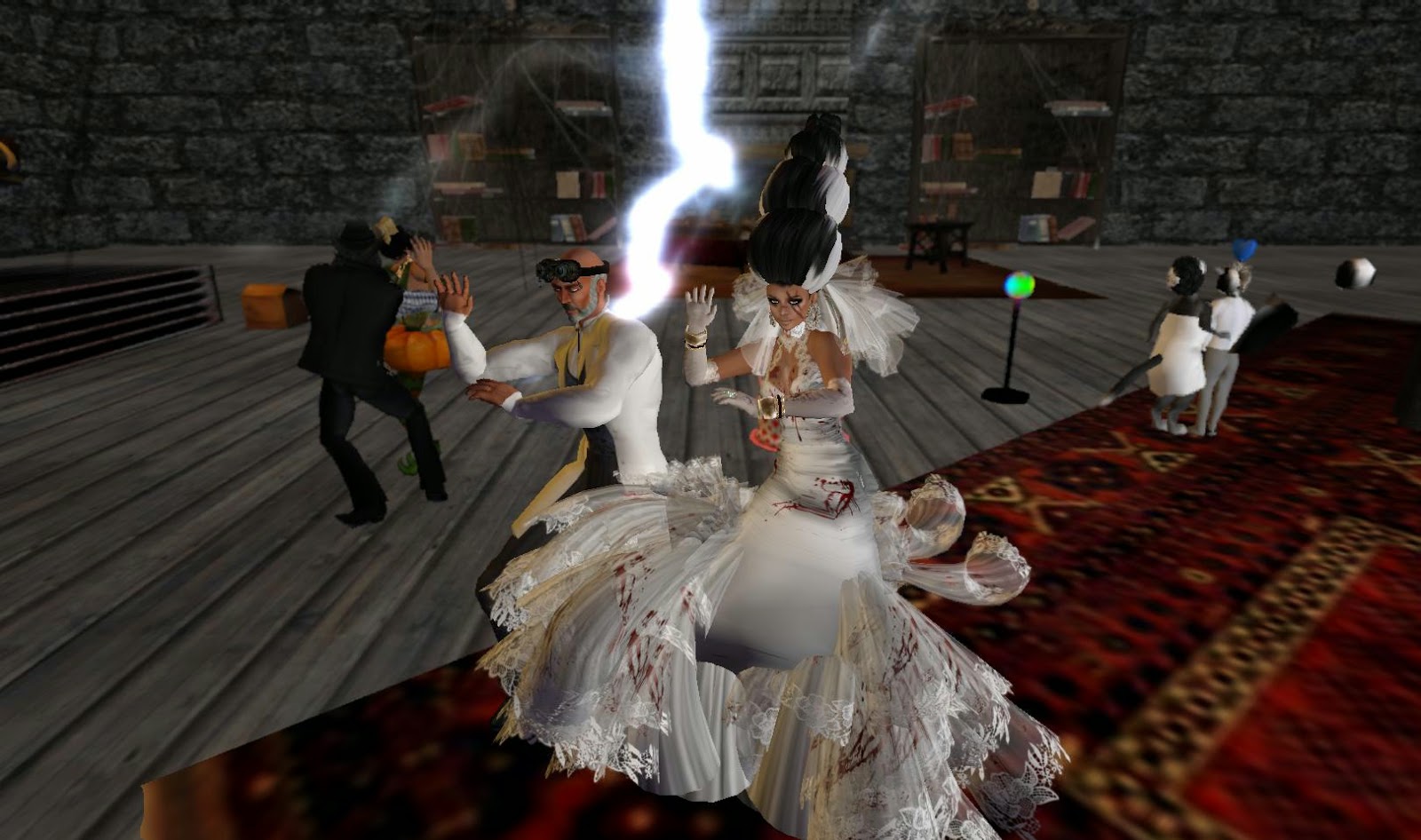 There were various costumes, some scary, some whimsical. Covadonga Writer sported a "Bride of Frankenstein" look while Ruffian came as the not so good Doctor. Other outfits included vampires, Borg, Wicked Queen, Phantom of the Opera, The Shadow, and others. 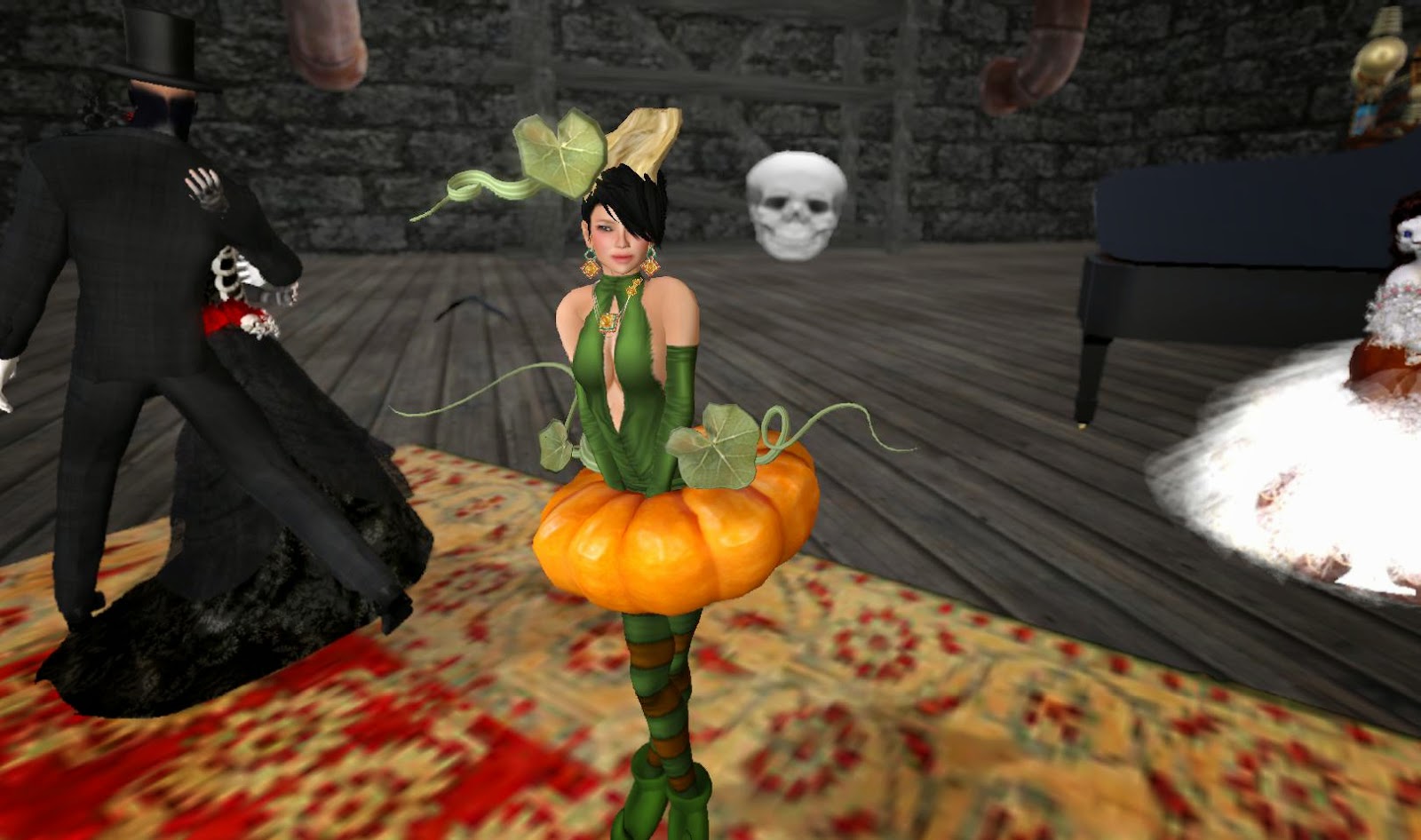 There were some funny Halloween songs played, such as "Blood Bank Blues," and "Monster Mash." And there were lots of jokes and puns tossed around, "Why does Transylvania University have a hard time getting students?" "The tuition's a pain in the neck."

Lots of fun was had by all.