Overview of the "Designing Worlds" Interview with Ebbe Linden

A few days ago, "Designing Worlds" had a public preview of the video of their interview with Linden Lab CEO Ebbe Linden (Ebbe Altberg). They asked Ebbe a number of questions.

Of Ebbe's running Second Life since February 2014, "It's fairly close to what I expected." His most unpleasant surprise was seeing how far the company had "disconnected itself from the community." What excited him the most was the communities and how people cooperated "to make things happen ... whether it's games, education, art ... the fact this is all user-generated ... that just wows me every day." He commented, "the energy here at the office has gone up quite a bit since I got here." 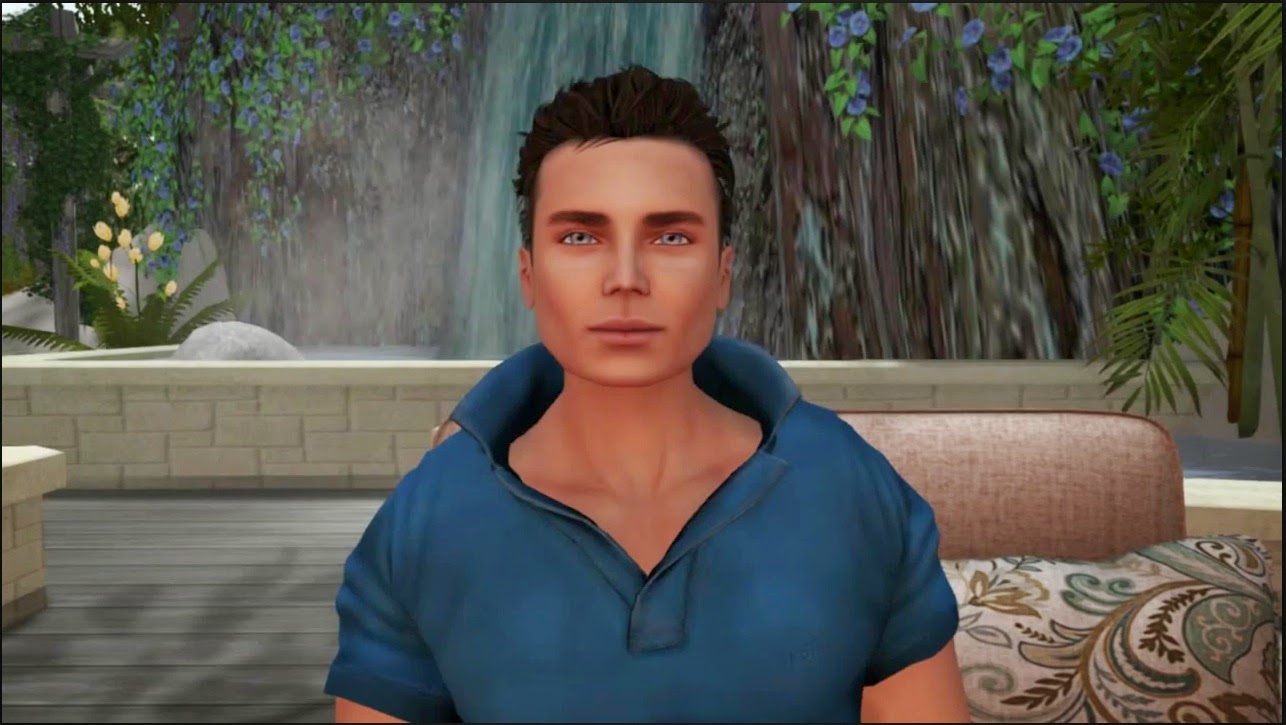 Of the new user experience, Ebbe told that they were continuing to make improvements to the mesh avatars that were now the new default ones for newcomers, and reminded they could always change to the older prim ones. He mentioned that they were trying to solve what he called the "deadface," which his avatar's lack of facial movement showed. He talked about the difficulties of the "transition period" of having two types of avatars, prim and mesh, on the Grid, and having to respond to bugs and complexities. Of welcome Island, they were "working with some groups that are doing some user-generated welcoming experiences." He talked about about how the Lab could work with volunteers to improve the Second Life experience, "because ultimately there are too many experiences in something like Second Life ... we don't even understand them all or know that they even exist."

Several communities had gotten Ebbe's attention as special, notably Berlin where his son spent some time in, "How it's grown over the years and the incredible community engagement."

Ebbe told that he was aware about how uneasy residents could be about changes at times, but felt that over the past eleven years the Lab "has done a pretty good job" in making sure changes didn't interfere with how things already were on the Grid, "We don't have any plans right now to do anything that would be destructive to what you can so in Second Life today." 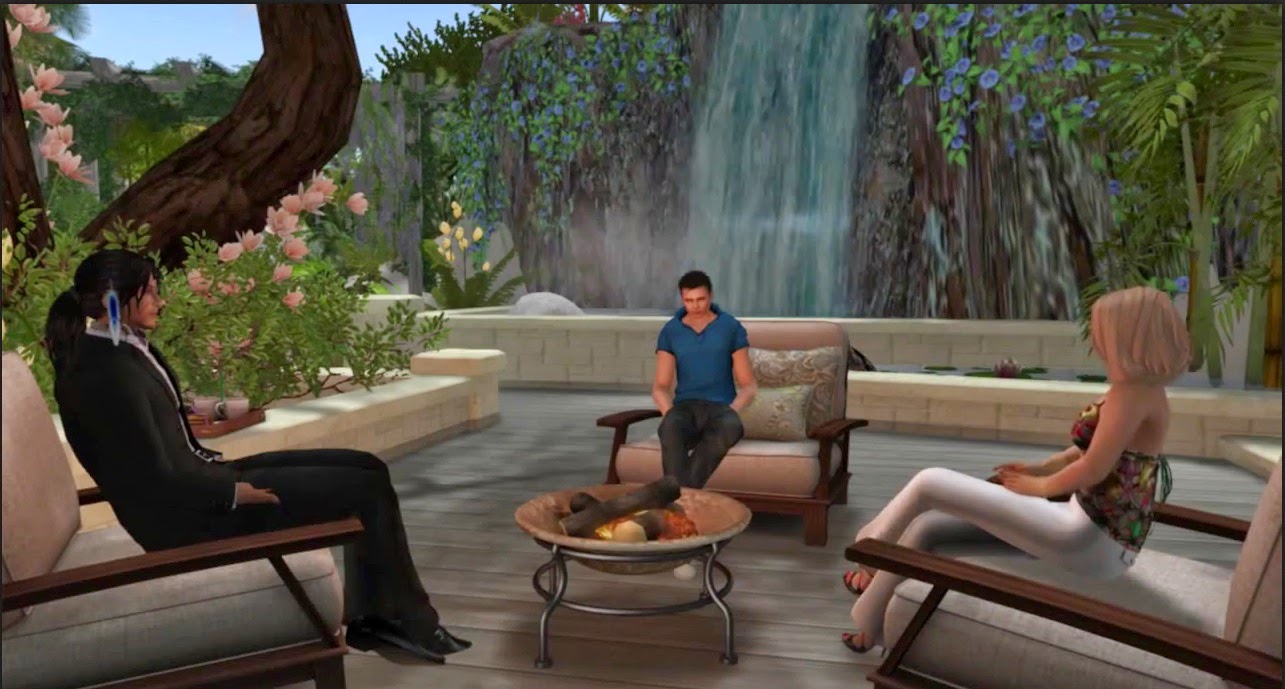 Of the Terms of Service issue, "I wasn't here, but I think the way it was rolled out created more complications than that the change actually was. ... understanding the needs of the community is critical." "We opened up JIRA again so that people can log specific issues with us ... we're constantly on top of that to make sure that we understand what's going on out there." Other than communications, "there's probably nothing you can get everybody to agree on because everybody has very different needs, depending on what they are trying to achieve."He would later remind, "we're trying to make it clear to people that the content is yours, and we just want to have sufficient protections to protect ourselves."

The Lab is working on the chat lag issue, "we're better today than we were a few months ago." "We have some other goodies coming. Performance-wise there are a couple projects I have high hopes for," texture loading and improving the speed of data flow between the server and client.

On the issue of last names, "It's on the list of ...things Oz and Danger (Linden) would like to tackle."

Of SL 2.0, "we really started to devote and put in significant resources on it and really go after it about four months ago. We're probably three or four weeks away from having our first internal milestone." "Getting close" to have users able to import content and script. Guessed that the alpha release would be "somewhere (of the) middle of next year." Ebbe was pleased with their progress so far and was optimistic of how it would go, "It's going to ve a fun ride."

The decision to make SL 2.0 closed source was because of "simplicity," and wanting to work quickly. He says there would have to be some level of stability before they could make it open-source. "It wasn't that we didn't want to go open source. It was (A) that we wanted to not as extra labour on ourselves at the beginning ... and (B) we want to focus on extensibility ... we didn't want to add that extra complexity."

Of the third-party viewers, he felt "most of that they're doing new is creating new user interfaces and new features that actually work against the back-end we have. ... I don't think the viewers ... did a lot of innovation in the back end of things, it's more of the front end."

Of the transition to SL 2.0, he again told not to expect to being able to take all of your inventory over, as it would "put an extreme burden on this new product ans we would just spend more time just getting back to where we are versus being able to focus more energy on moving into the future." While mesh objects are "very likely" to be able to be transferable, "it's going to be a completely different scripting language."

But SL 2.0 would "tale a tremendously long time" for it to be able to Second Life residents the experience they already enjoy, "This place is great, stay here for a long, long time. ... If three years from now this is still a better place ... then so be it." Although the platform has a code name, it hasn't been released as "we haven't fully checked to see it it's a legal, valid ... name to be using in a product."

When asked about intellectual property rights, "I think we've done a lot. We've done more than most, if not more than everybody to try to more sure to protect people's IP." "It's a delicate balance to try to make the things simple and easy and still give people sufficient protection ... to create and develop ... and not have all their work instantly being ripped off."

"Tell me all your wishes and needs and hopes! ... We look at it all, read the forums. I go in every two weeks and spend hours and hours reading the threads on the forums."

There was also a Q and A session after the public viewing, which the Newser will publish soon.