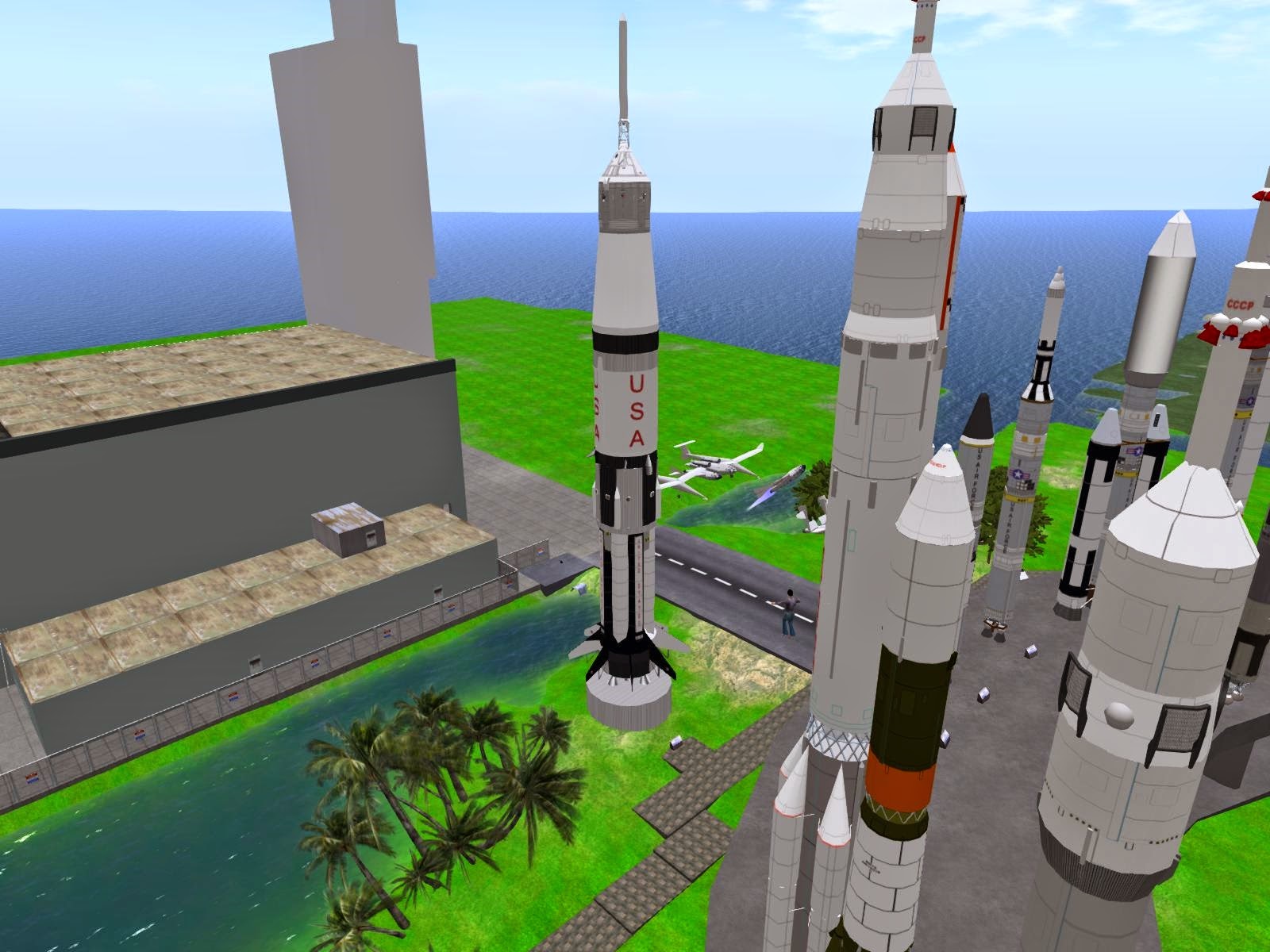 Going about Second Life, Wesley's explorations took him to the SciLands, and the International Space Museum. Often called the ISM for short, the location has been popular with space enthusiasts since it was build in 2005, and even after almost a decade continues to wow visitors. Wesley took a look around too see things for himself. So what was his view?

Read Wesley's article in Places.
Posted by Bixyl Shuftan at 6:05 AM