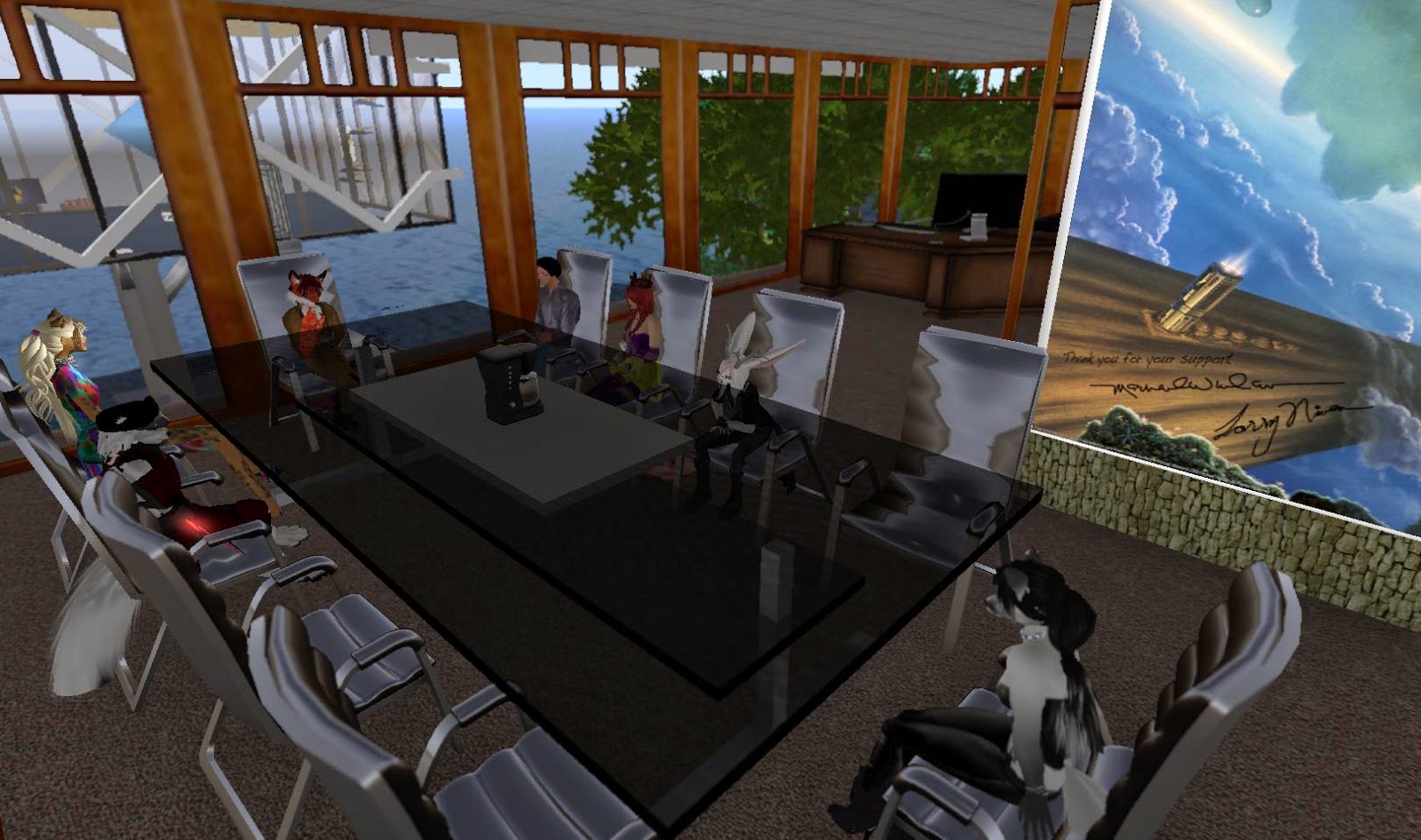 Saturday October 4 was the day the Newser crew met for it's monthly meeting at our office in HV Community. Attending were Wesley Regenbogen, DrFran Babcock, Nydia Tungsten, Theonlyjohnny Resident, and Bixyl Shuftan (myself). Also there was Any1 Gynoid, a former CNN iReporter for Second Life, and Jian Allicot, whom expressed interest in Nydia's idea for broadcast news videos. 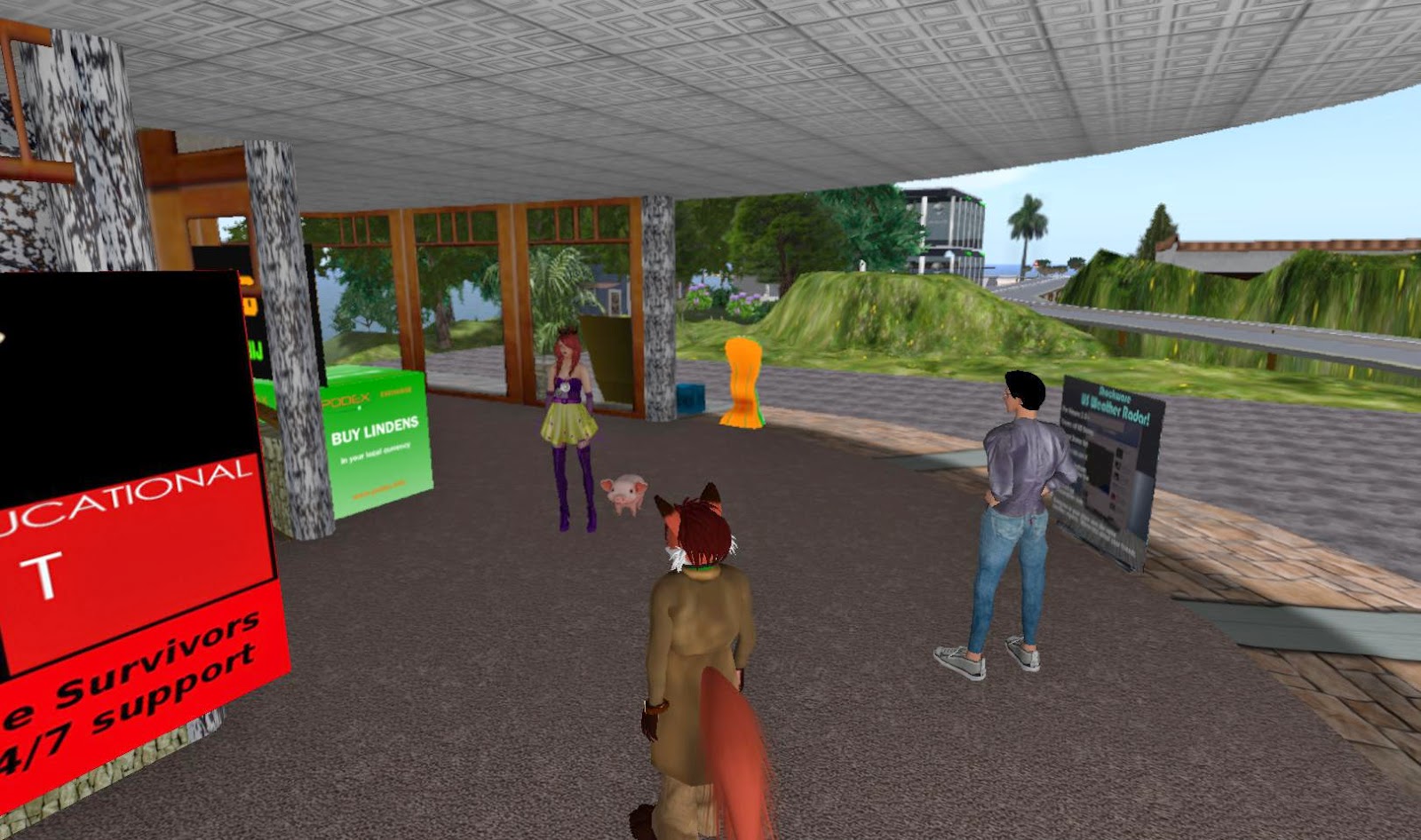 Dr Fran showed up a little early. She was back from a vacation in real life, and looking forward to writing again. As usual, she had a pet with her, this time a little piggy she insisted was "lunch." Heh, at that size, expensive bacon. 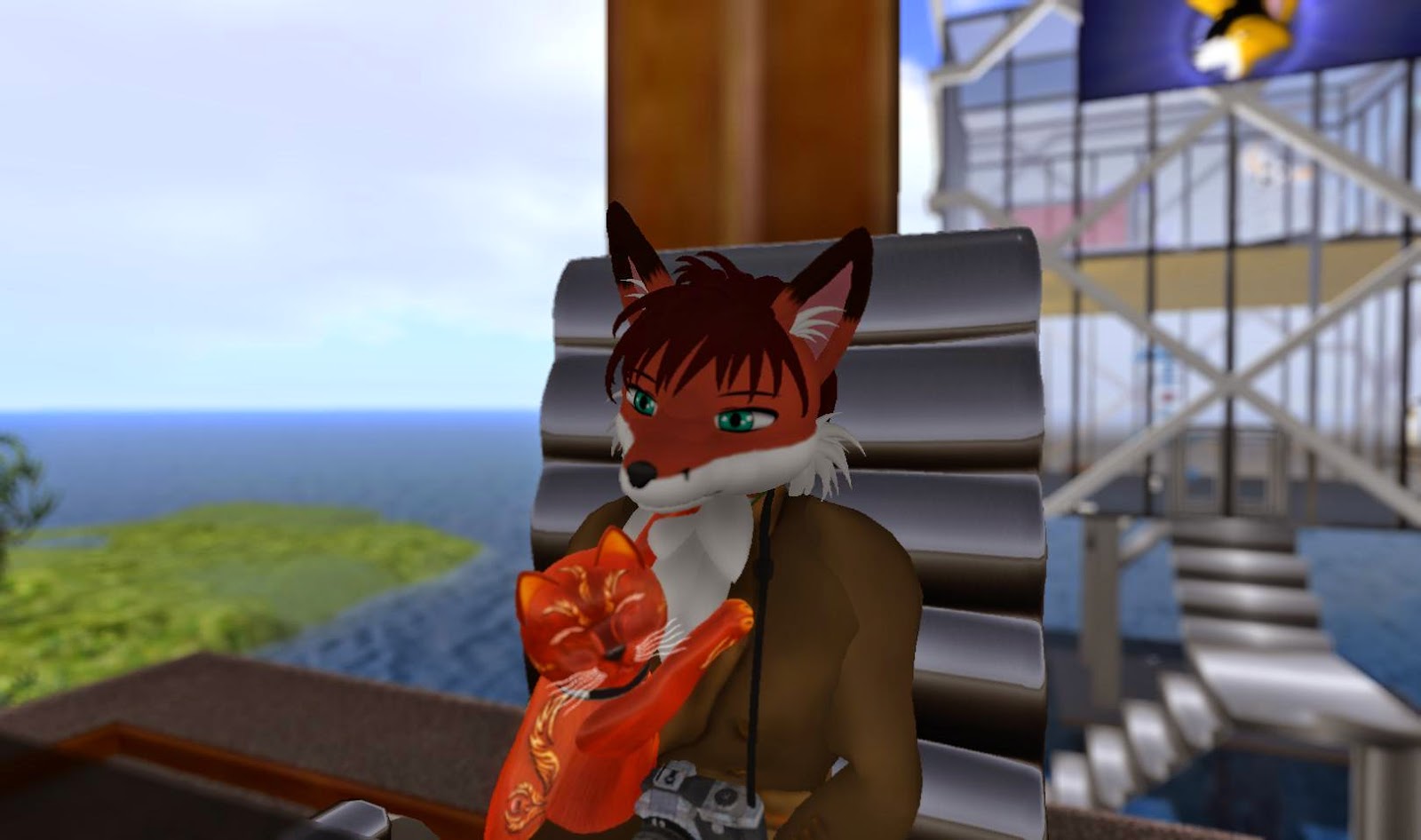 And with me putting the spotlight on Fran on her pets so much, well, turnout's fair play. Here I am with "Chilly," the Firekitty from the Firestorm anniversary party last month. It got a few jokes from Any1, whom brought up an infamous joke between Johnny Carson and Zsa Zsa Gabor about the pet cat she brought with her and was on her lap. ... well, infamous to me.

Never a dull moment around here.