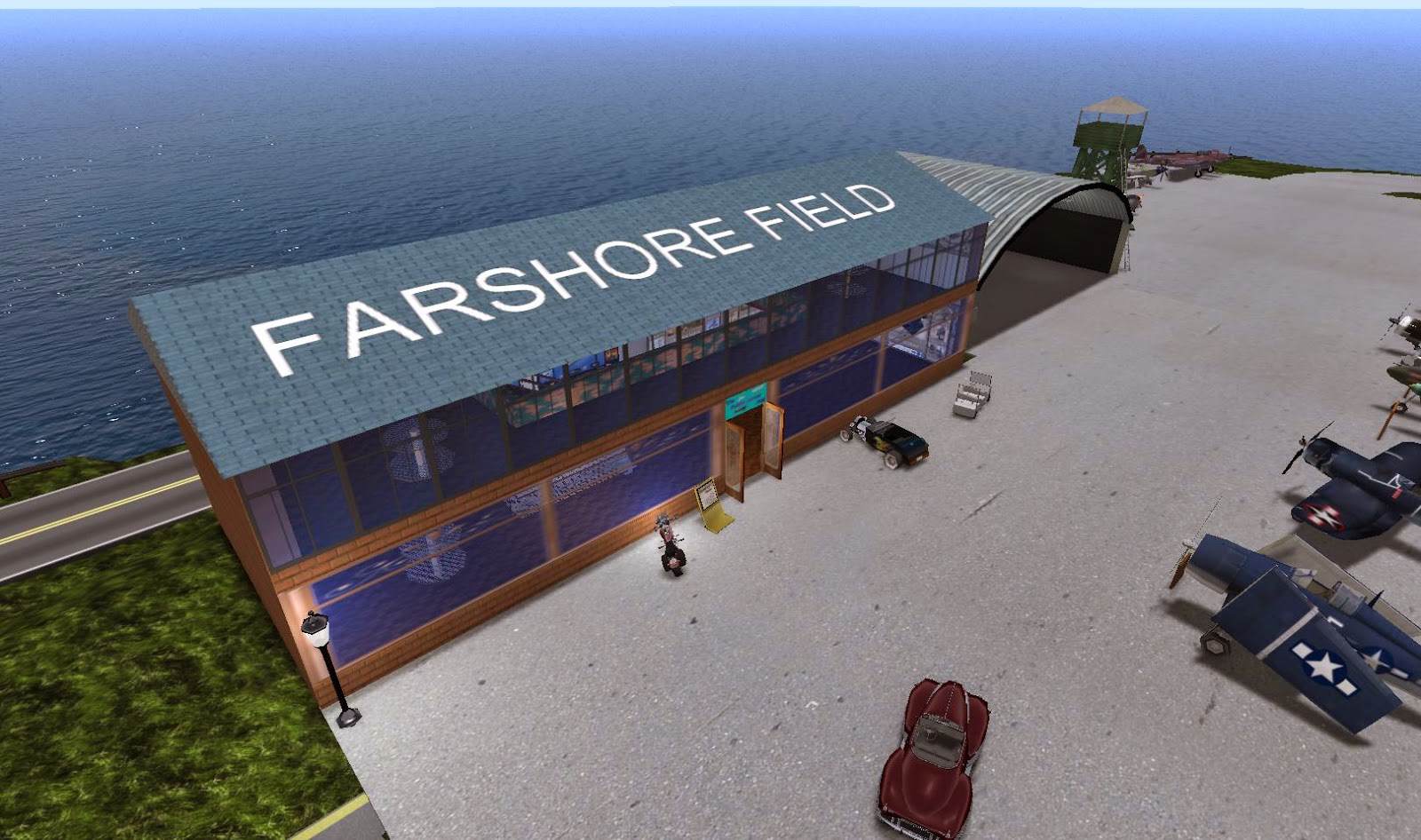 In the top of the Sunweaver Estates group is a region called Pacific Waters owned by Cynthia Farshore who has made it totally open to the public. The main feature on the sim is Farshore Field, a small one strip airfield to be used by all. Nestled up in a corner of the airfield is The Puddle Jumper Mall owned and operated by Cynthia Farshore, a two story building located at Pacific Waters (62, 89, 31).

The Puddle Jumper's start was very slow and after months of her own product construction being constantly put on hold, Cynthia came across an idea other sellers had started, affiliate selling. She realized that filling this mall with just aviation items was not going to lead to much. So the answer was to department the store. After some contacts, she was able to pull in quality products that covered a wide range of subjects. There is Talevin's Designs which covers magic supplies, portals, magician typing overrides, weapons, jewelry, and even tiny petite products for fairies. 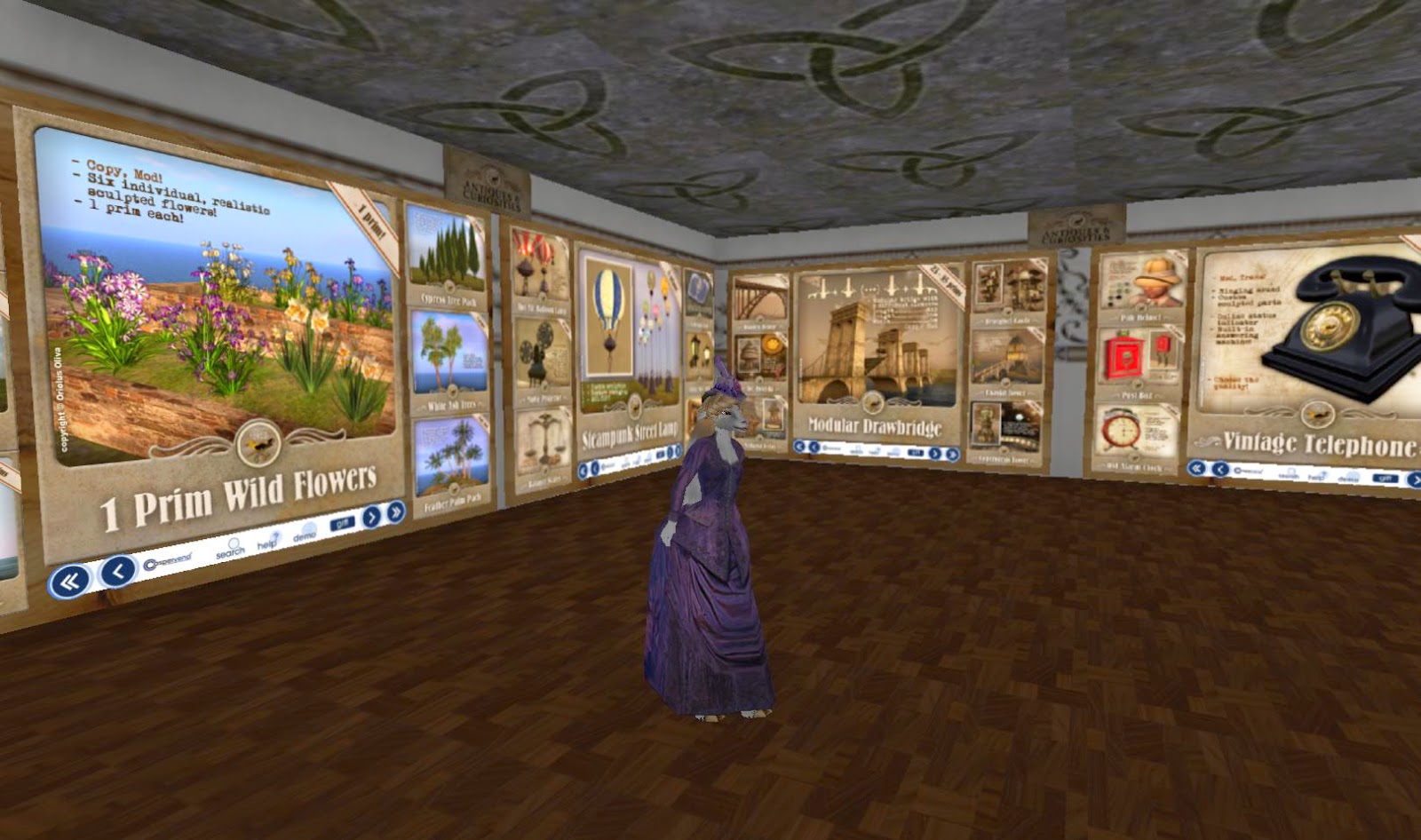 As far as the modern world, in addition to her own creations Cynthia has brought in products from J&L Creations to cover building tools, low prim houses, skyboxes and the tools to make one, Landscape gardening, scripting gadgets.

In addition to being the Owner of an airfield and store Cynthia is a DJ so no surprise she would bring in electronics. Two large vendors from DSL Records stuffed with 101 items from a complete DJ stage to DJ animations and equipment. A wide assortment of guitars, drum sets, pianos, keyboards, speakers, Media player TVs, radio tuners and audio controls. Now in her latest move, she’s proud to announce that The Puddle Jumper is an official reseller of The Golden Oriole steampunk merchandize! The mall has become as a department store containing Medieval/Fantasy; Contemporary; Electronic; and finally a Steampunk section. Ever looking for new items she hopes to increase the inventory into clothing lines next along with the possibility of reinstalling rental space.

Cynthia Farshore
Posted by Bixyl Shuftan at 6:02 AM