Perri Prinz Returns to The Vinyl 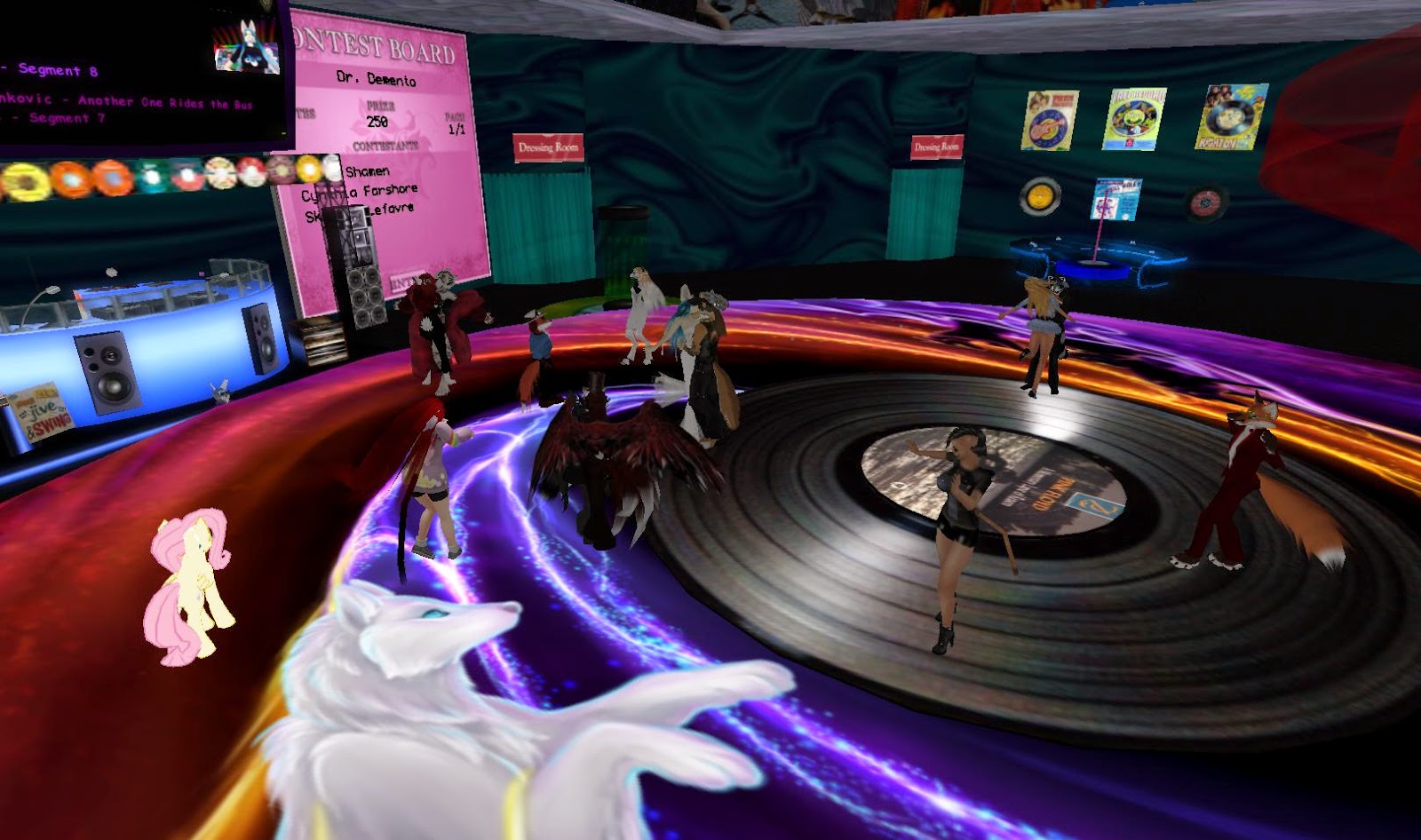 For the past several weeks up to a few days ago, Perri Prinz, the co-owner of The Vinyl Museum had taken a hiatus from Second Life. Now she's back to DJing, and Tuesday night she was once again in business as the night's DJ.

About a dozen and a half people attended that night, including Lomgren Smalls (left), whom also recently came back after a hiatus, his close to a year.

"Dr. Demento" was the theme that night, a radio personality known for playing humorous and offbeat songs and other recordings. And so Perri played a number of tunes associated with him, including "Transfusion," which was the song that helped Demento get his nickname.