Eye on the Blog: Linden Lab Reports About Recent Developments


Earlier this week, Linden Lab announced on the official Second Life Blog updates on developments on some projects, in addition to announcements on some new ones, as well as new areas.

Project Bento was the first of the topics mentioned, but the Lab didn't go into specifics, saying only that "resident testers continue to improve this project," and that they were "very close" to making a release viewer (an early access viewer with a certain feature that hasn't quite had all the bugs worked out yet) with Bento as part of it. But there's no estimate yet as to when this will be made part of the official Second Life viewer. They did suggest those interested could join their "Bento User Group" which meets time to time. Inara Pey has a record of the meetings she has attended (here). Loki Elliot, a noted builder, says he has no plans to make anything with Bento until next year at least. 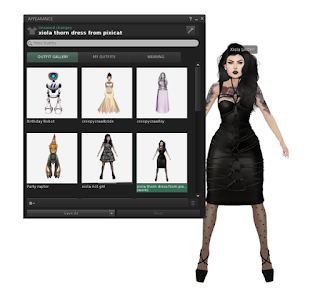 Next up for discussion was a feature useful for residents with lots of outfits: the Visual Outfits Browser, which has been made into a release viewer. Inara Pey described it as "this viewer allows you to use the Appearance floater to capture / upload / select images of your outfits and save them against the outfits in a new Outfit Gallery tab within the floater."

We realize Second Life Residents have dozens and dozens of outfits and looking at a list can be boring and uninspiring, not to mention difficult to remember what is what (imagine that you couldn't look at the clothes in your own closet at home, but instead could only see a list of their names!). With the new Visual Outfit Browser, you’ll be able to see your outfits via an all new gallery-style display, making selecting outfits a snap. You provide the images that are displayed for each outfit or try out VOB’s new snapshot utility. Playing dress-up has never been so easy and fun!

Apple recently withdrew support for the Quicktime player for Windows, which has in any event been a steady source of security vulnerabilities over the years. This project replaces that plugin for the Windows Viewer with newer and more robust media support (the Mac Viewer will also get this new tech soon). It will play some media that Quicktime would not, but will not play some older Quicktime-only media. Content creators that incorporate media should be testing with this Viewer to see if the media they use is supported. In general, we recommend upgrading any shared media to mp3, mp4, or any HTML5 compatible format for best performance and stability.

As it turned out, Inara Pey earlier this summer wrote about both the Visual Outfit Browser and the VLC Plugin Viewer. 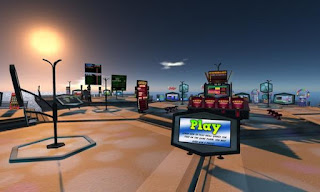 Also brought up were some new Learning and Social Island locations, which the Lab says were introduced in March. They called these, "the first to utilize Experience Tools as part of the new user experience." They also had a new location: Gaming Island.

A new Linden Lab region dedicated to educating Residents about skill games in Second Life.  On this region, anyone can learn how to play all available games of skill in a free-to-play setting. If you want to then go play the games for Linden dollars, the Portal Park makes it easy to find them.

"Skill gaming" is something of a controversial subject, some saying the difference between it and outright gambling are technical and legal loopholes. The place is  likely to be the subject of a number of discussions as word reaches the residents.

There was "Group Chat and Bans,"  the ability of group moderators to ban individual residents and keep them from returning. They also released the "Jellydoll Viewer," "which allows Residents to set limits on the amount of avatar complexity they render in their viewer." They stated they improved security for Linden transactions and email security. They stated they replaced the viewer's core HTTP infrastructure, "this has resulted in fewer problems with high volume operations like loading inventory, and has significantly reduced certain kinds of load on the simulator hosts." The Lab stated they've continued to improve the new Marketplace search they introduced last November.And they've continued to clean up bugs in the system, "we do try to introduce fewer than we fix!

Do you the readers have anything to say about these improvements and developments? Please leave your comments below.
Posted by Bixyl Shuftan at 6:02 AM