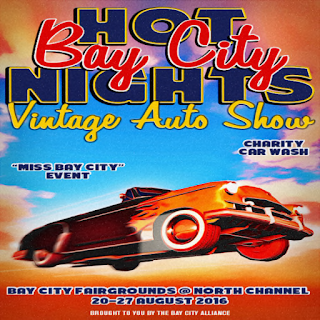 The event is held in the the Bay City Fairgrounds, in the North Channel region, from the 20-27th of August to present the best in vintage and retro vehicles. Each designer is hand-picked, and presents great road vehicles for use in Second Life.

Additional events will provide plenty for all to do, including the crowning of 2016s Miss Bay City on the 27th, and a series of virtual car washes for charity. The first of these virtual car washes will be held on Sunday, 21 August at 1:00 p.m. SLT

The event will raise funds for Child's Play Charity, an organization that provides toys and games for children in hospitals around the world. Bay City is a silver-level sponsor of Child's Play.