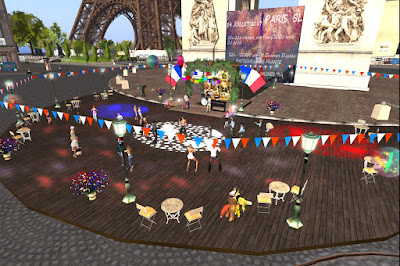 July 14, or "La Quatorzieme (The Fourteenth)" as it was known in France, was Bastille_Day, or officially known there as "la Fete nationale" (the national celebration). And so in the Paris 1900 sims, they were throwing a party. The event lasted two hours, with a DJ, a performance troupe, and live music, provided by Sylvana. The event took place in the Paris 2000 and the Les Champs Elysees sims. 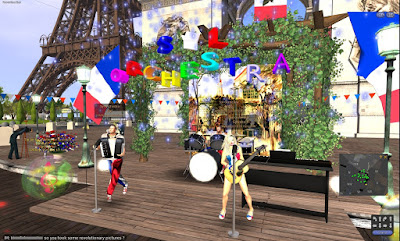 There probably hadn't been as much red white and blue around since the American Independence Day celebrations ten days earlier. While the majority of the crowd were "Francophones," there were a number of English speakers happy to join the party. 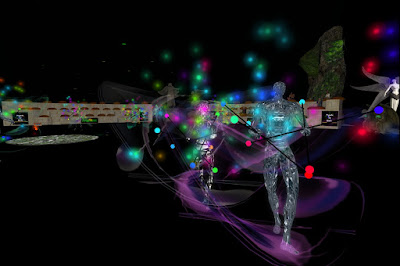 That night at 7PM was a showing of "The Creation Story," a Christian stage production. Performed by Pet Karu and Unity Stage Productions, the Newser wrote about them several years ago. Pet stated then that the point of the play was getting the Christian message, “not just from the pulpit, not just from church, but in a new light.” 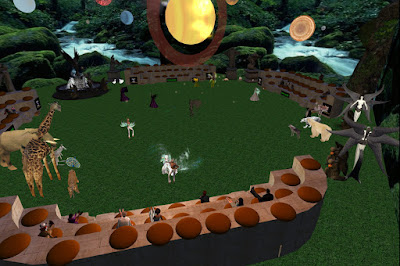 The play was performed in front of a mixed crowd of human and furred avatars. The play will take place again today at 4PM, Friday the 28th at 7PM, Saturday the 29th at 2PM, and Sunday the 20th at 4PM