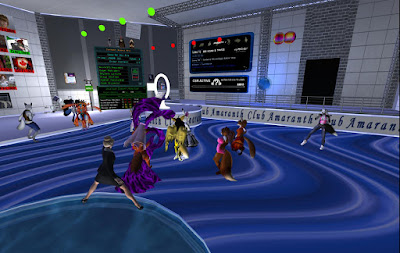 Even with the Relay Weekend closing in, some teams are still having an event or two beforehand. On Sunday July 2, Team Meli's Maniacs hosted a joint event with the Sunbeamers at Club Amarantha. From 12 to 2PM, DJ Tantari played her "Pink Fox" set in honor of Artistic Fimicloud. 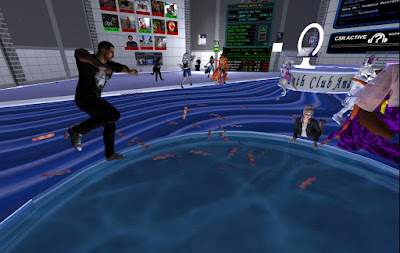 One amusing detail about the club was the bacon dropper. At the mention of the word "bacon," it would drop pieces of it onto the floor. It wasn't long before the floor became covered with the "meat candy."

Over 5,000 Lindens were raised at the event.