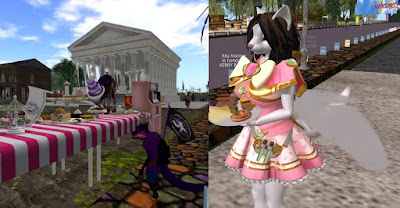 Day two of the Relay Weekend was a bit slower paced than the first. Many who pulled all-nighters were still sleeping in the morning. In the "Coffee, Curlers, and Cake" themed hour, Team ACTS was providing some free coffee, donuts, and other goodies at their campsite at RFL Hero (first image by Bain Finch). 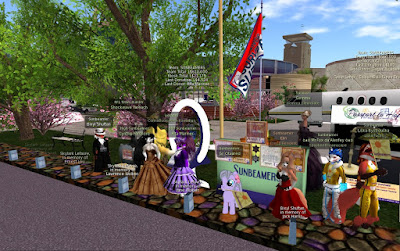 Normally I try to be at the closing ceremonies. But this year, my computer just can't take the lag, given I was lasting a minute or less in the opening. So I just spent the time with my team, the Sunbeamers. 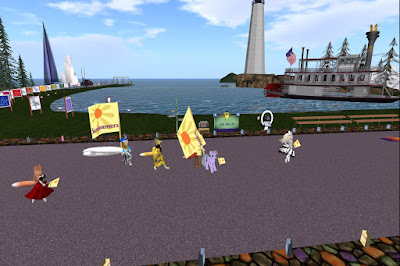 At 11 AM SL time was the "Victory Lap, in which the team got onto the field." And our team had a new victory to celebrate. We had won Second Place in campsite design. "The little team that could" had done it again. 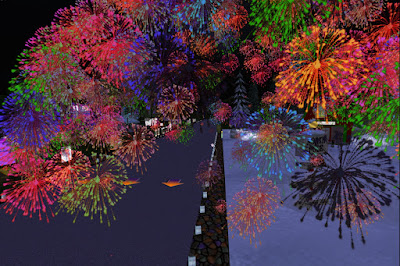 Fireworks went off at various points along the track. While the Sunbeamers had come away with much this season, in fact the real victory belonged to every single Relayer. Once again, hundreds of thousands of US dollars had been raised this season for cancer research and treatment, bringing the world a little closer to the day suffering from it is a thing of the past. 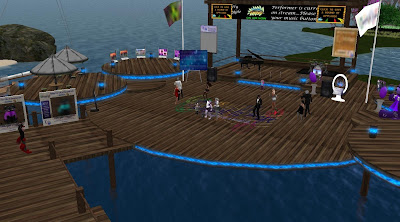 Eventually, many of the people began heading out, to real life or other places in Second Life. But some would stick around, some at a couple parties at T1-Radio's location or Radioactive Air's place at RFL Support. 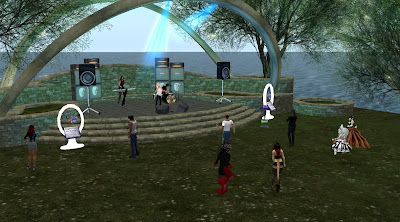 One team, OD Designs, was so close to leveling, that they held an event to try and push them over the mark while it was still the Relay Weekend. A few friends from the Sunbeamers came by to help things along, and eventually, "Team OD just made Silver! ... We made it ... thank you!"

This not yet the end of the Relay season, or the Relay track. The areas will still be up for a few more days. As far as yours truly knows, Wednesday July 19 will be the last day the sims and exhibits will soon be up, with the traditional "flood party" taking place sometime that day. After that, the sims will be closed and the contents picked up. Following that, teams can still hold events, and some will continue to do so. This will likely include the Sunbeamers, whom are talking about one last party to celebrate their successful season.

The final event, the Relay Wrap-Up will take place next month in August.

One image from Bain Finch