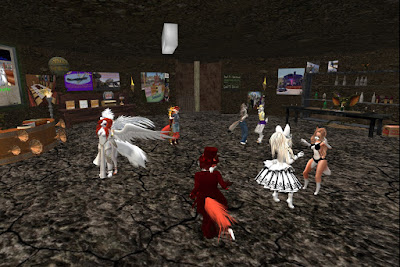 Sunday July 23 was the day of Relay for Life team Sunbeamer's celebration party. The event took place from 6PM to about 8PM SL time at the Goblin Cave in the Pacific Waters sim, east of the Farshore Field airport. The occasion was to celebrate the team's successes, notably Platinum rank fundraising and winning an award for the campsite design. 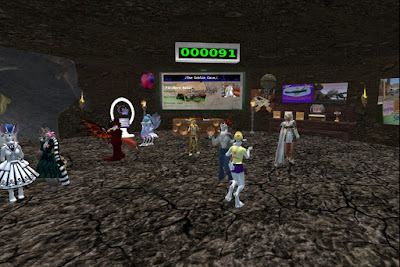 Cynthia Farshore played the tunes for the party. During the time, the people joked and talked about old times. There was talk about making a try for Jade level next year, which would require raising an additional 300,000 Linden dollars. The idea was thought highly ambitious, but doable, mostly likely with a few joint events with teams such as Meli's Maniacs and the Steelheaders.

We were "the little team that could," and did over and over again. This next time, we would be setting out sights a little higher.