The Reelay Weekend, Day One in Brief 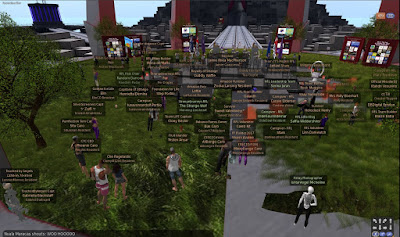 At 10AM, the Relay Weekend officially started with the Opening Ceremony in the meeting place of the four sims. To help keep people from crashing, people were asked to listen in via T1 Radio's website, the SL radio stream disabled in the four sims for the first hour. Despite this, yours truly had a bit of trouble crashing, and so the pictures I was able to take were only so good. 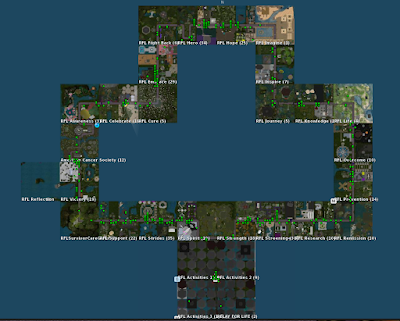 Softpaw Sommer took this picture of the Relay traffic. There were hundreds of avatars on the road. Unfortunately the result of the avatars was a lot of lag, and about the same number of Relayers in several less sims than last year didn't help. So it was a bit crashy for me, and some others, for a little while. 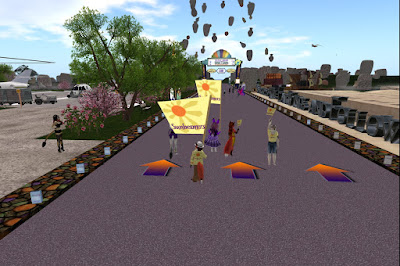 But lag or no, the show must go on, or rather the Relay. And me and my friends did our share of walking the track. 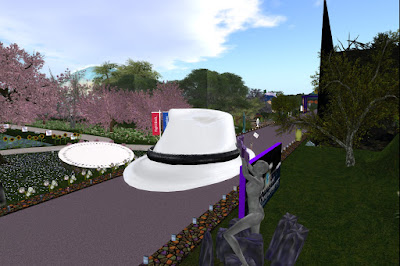 The hours had different themes. One was "Crazy Hats and Hair." So yours truly brought out "The Hat," the Sunbeamers' answer to the Steelhead Salmons' "The Hair." It got a number of looks and comments. 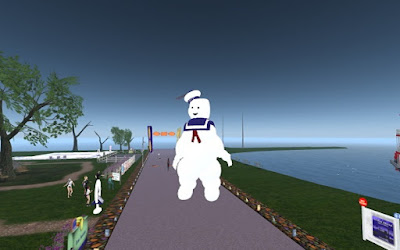 At one point, Gemma Cleanslate ran into this guy, "Who you gonna call?"

More cash continues to be raised by the Relayers, and several teams have gone up a fundraising level so far. The Sunbeamers have gone up to over 600,000 Linden dollars raised, third among the four Platinum level teams, and first in terms of inworld raising alone (two were boosted by funds coming in from outside Second Life). So how much will be raised today? We'll see.