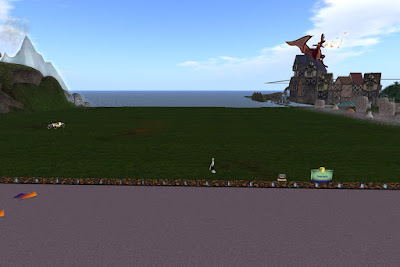 "All good things must come to an end." And so must every Relay Weekend track. Even before "Teardown Day" on Thursday July 20, a few campsites were taken down the day before on Wednesday. This included the Sunbeamer camp, for some reason. Fortunately, a number of others remained up until the late afternoon and evening. And so people made last minute trips seeing them in detail, finishing up various hunts and games, or just going down the track one last time. Yours truly has also been busy taking pictures of the exhibits. Sadly I didn't get a detailed look of them all, but I get get a look at a number.

"(sigh) T1Tower comes crashing down," Trader Whiplash announced, sending a picture of the radio exhibit's build not simply vanishing, but coming down with a symbolic crash, "hates this part of relay."

"Best. RFL. Weekend. EVER!" commented Avariel Falcon in Relay chat, "Except for next year, that will be even better!" RaydenRider Resident spoke, "It was an amazing weekend though thanks to every single Relayer in SL." One told the group, "t was a terrible rollercoaster... lost a family member and a dear friend of mine just days before the weekend." 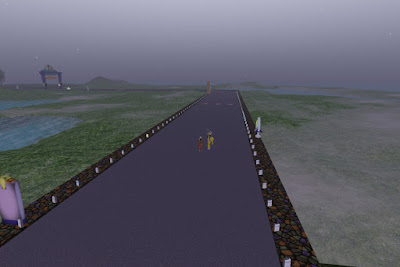 Ertina Loopen commented, "It is hard to see it go, but envision it as tearing down cancer because that is what Relay is all about. TI and Relay for Life in SL does it best!" Avariel commented, "I like the Fantasy Faire aproch of letting everything vanish into the mist." 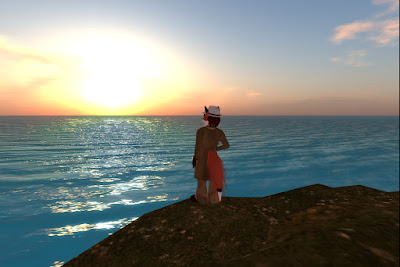 And so, the Relay Weekend 2017 and it's sims have passed into history. But this is not the end of the Relay season just yet. Some teams are still having more events. This includes the Sunbeamers, whom are planning a celebration party this Sunday at 6PM at the Goblin Cave in the Pacific Waters sim. A spinoff event, the RFL Home, Castle, and Garden Expo is in just a few days, taking place on five sims on two levels. The opening ceremony at July 23 at 3PM, and it lasts to the end of the month.

For those who want to see screenshots of the Relay Weekend, there is the Relay for Life in Second Life Flickr page. Among the contributors, Wildstar Beaumont, IshtarAngel Micheline (Ishtarkiss), and Avariel Falcon. The Newser will try to have some more screenshots posted, soon.