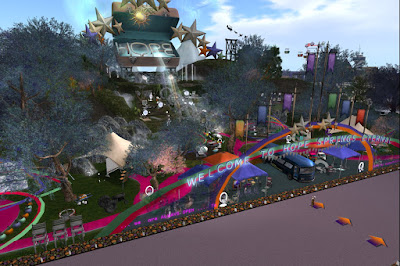 After many months, the Relay for Life in Second Life's official season is about to have it's high point: The Relay Weekend. 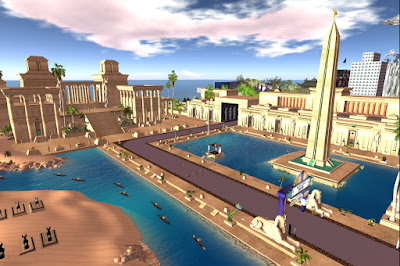 Across 29 sims are a number of exhibits. A few are "designer sims, like this one of an Ancient Egyptian complex. 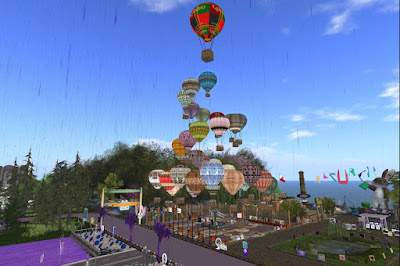 But most are from individual teams.at their various campsites. 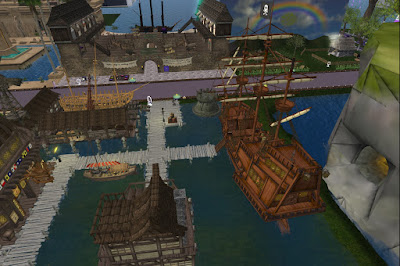 Two teams, Faeries for Hope and a Cure, and Quest for a Cure, which were neighbors, had remarkably similar builds, both being 17th/18th century sailing ships at port. Rain Rodex of Quest for a Cure called it "pure coincidence ... I think it looks great together." 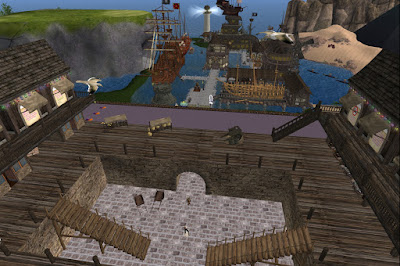 "I had the idea for this theme, passport to hope/ quest for a cure already in January, and I thought of a harbour and a ship, busy loading up to set out on the quest." Her team never expected their neighbors to have a similar concept. 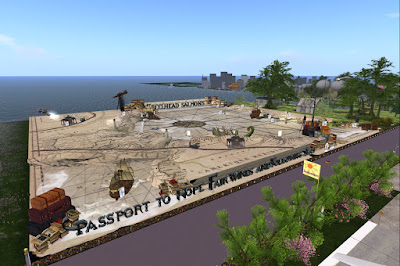 After a year's absence, the Steelhead Salmons are back. Softpaw Sommer would write on her blog, "I missed the Salmons ... the Salmons are family and Steelhead is home. This just feels better to be Relaying with them again." 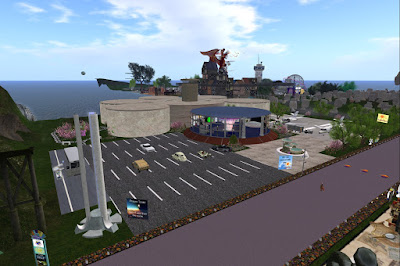 And just across from the Steelheaders is the Sunbeamer campsite. Designed by Shockwave Yareach, he was also the main builder, with Cynthia Farshore helping out, along with assistance from team captain Rita Mariner and Skylark Lefavre. 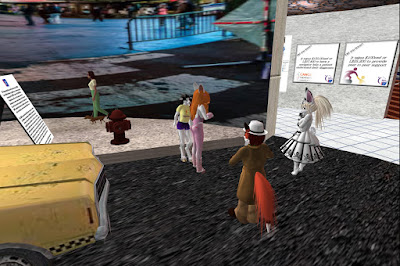 Skylark spoke of the build, "I think in my own honest opinion this is the best one we did in a long time. ... It's not only informative and educational, it's also entertaining and visual, something you can participate in, almost like a tour. Using the airport take the tour is a nice touch since an airport represents a way into any part of the world it also shows the education of cancer prevention and treatment can reach any place as well."

The opening ceremonies start Saturday July 18, at 10AM