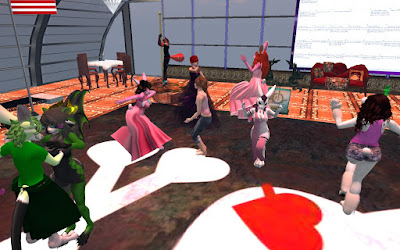 Saturday May 26 was the tenth anniversary of the passing of a noted member of the Sunweaver community, as well as the Passionate Redheads Relay for Life team: Artistic Fimicloud. Known as "Fimi" to her friends, she is still fondly remember. The party at Club Cutlass that evening was in her honor, the theme being "Pink For Fimi." 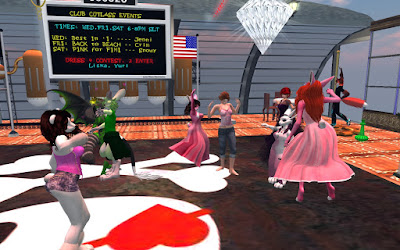 Many of the women, and a couple of the men, wore pink or partially pink outfits. Sabine Mcettigan, who ran the Readheads, was among those appearing at the party. DJ Snowbuns provided the music for the party. Among the songs was "Calypso," which was a favorite of Fimi. 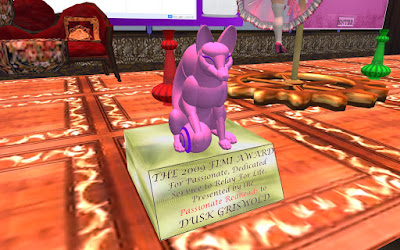 There were a few items up for display, such as a Fimi Award given out by the Redheads, made in the image of a pink fox, Artistic being an anthro pink vixen. A little more about Fimi can be read in the article of the events in May 2017. Although she's been gone for years, and the Redheads folded, the Sunbeamer taking it's place, she is still fondly remembered.