Announcement: This Week At The Science Circle, Two Events


"Psychological Benefits of Walking in a Virtual Nature" 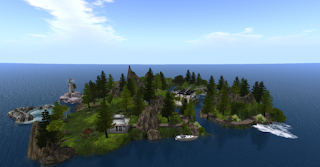 "Can the benefits of nature walks for psychological well-being and cognitive ability be replicated in a purely virtual environment? The island of Natmoud was built in the virtual world of Second Life (SL) to see whether immersion in such an environment is possibly therapeutic. Residents of SL were invited to visit Natmoud and comment in writing on their experience while there. Reading and analyzing these comments with TROPES semantic software allows us to identify the main factors contributing to a relaxing and comforting atmosphere. The implicit hypothesis that a virtual representation of nature can be soothing is confirmed. We also find that wildlife – which is abundant on the island * –appears to be the main feature that catches the attention of walkers. Given that these verbatim transcripts from a small convenience sample reflect, with one exception, the emotions felt by women, the results cannot really be generalized. In the analyses, the anonymity of the avatars is preserved by using initials, even though in all the cases the participants consented to the reproduction of the emotions they expressed." 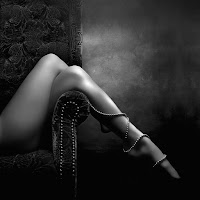 "The most common conception of evolution is that the hardiest survive. Darwin proposed another type of competition–that for mates within a species. When competing for mating partners the ability to find the right match and display your wares become important forces shaping the evolution of physiology, chemistry, and the brain. This talk explores the science of sexual selection in humans. Sexual selection has been well established in animal species for half a century, but the ability to study it in humans is relatively recent. Using the documentary The Science of Sex Appeal as a scaffold, this talk helps us update Darwin’s Theory of Evolution. "