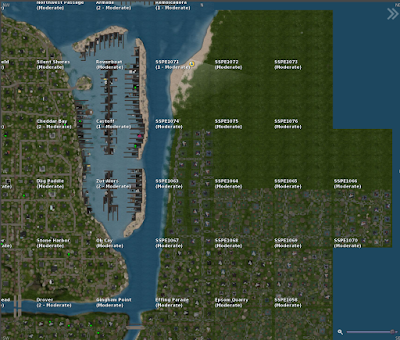 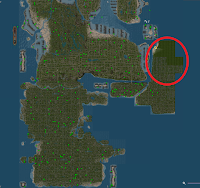 The new continent of Bellisseria recently saw another expansion of it's land size. Over a dozen more sims were recently added to the area west of it's midsection, or what in development was called the "boot" by the Moles.

In the southernmost sims of the new land, already new Linden Homes are being set up, though not yet ready for use.

Of some of the nearby sims, names such as "Fraid Not," "Effing Parade," and "Oh Cay" seem to be examples of the humor of whomever is naming the sims.

In the meantime, more activities are occurring on the new continent. Stay tuned for an article on another of one of it's events.
Posted by Bixyl Shuftan at 6:02 AM