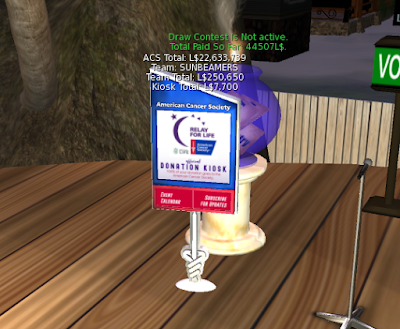 On Saturday March 21, the Relay For Life's Team Sunbeamers reached a milestone for this year. The season total crossed the 250,000 Linden dollar mark, putting them in Platinum level fundraising.

Later that evening a 8PM, the totals of the team's first three "Bid Me" events were made final, and the totals announced. 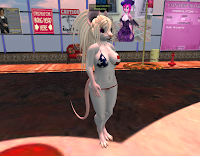 Beamers:  Here are the results of the voting for the first three BID MEs of the 2020 RFL Season.

So this means for five weeks, the team captain goes about on little mouse feet. Liska, usually a red vixen, will be purple for a month and a half. And yours truly will be going about with long ears and a cottontail for six weeks.

And then there's my little tradition of doing something whenever the team hits Platinum. So the first week of the period, I'll be going about as a purple bunny, purple being the color of the Relayers. Perhaps not as flashy as some other times the team reached Platinum, but it is keeping with tradition. 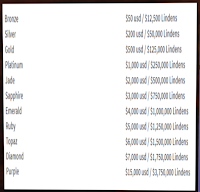 There is still one Bid Me event going, Matt Carlton's "Bid Me Feral." Those interested in making him go on for feet for a while can heat to Club Cutlass at Sunweaver Bay (114/117/757).

As of now, the Sunbeamer team has raised almost 256,000. But the team won't be resting. It has a game almost ready for others to play. And then there is the air show. The next fundraising level is Jade, which is 500,000 Linden dollars.