More Landmass Next to Bellisseria 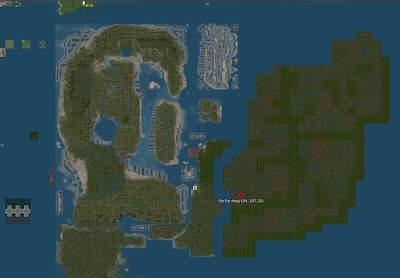 When we last checked on Bellisseria about two weeks ago, over a dozen sims had been added to the north of the 21 added in February. In the past few days however, a few more scattered sims were added to the east, which yesterday became a huge land area worthy of being called another continent.

The huge new area is currently inaccessible. But the sims just off Bellisseria are continuing to be developed, with Victorian style Linden Homes, streets, and special places such as designated "Party Area"s.

What the new land mass will contain, we can only speculate. But it's looking like Bellisseria may soon no longer be called the "new continent."