Sansar, the next generation virtual world created by Linden Lab a few years ago, has been sold. 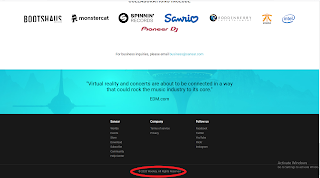 There has been no announcement by Linden Lab, other than Ebbe Linden saying on the Lab Gab show last month that they were looking to either find someone to co-own Sansar with, or sell it to them. But yesterday it was noticed on Sansar's main page that Linden Lab was no longer mentioned, and at the bottom was "Wookey." It's also mentioned on the Terms of Service page. Sansar bucks have apparently been renamed Wookey Marks.

Wookey does have a webpage, www.wookey.com, but there's not a great deal of information on it. It does list the CEO as Mark Gustavson. It is based in San Francisco, the same city where Linden Lab is. Presumably the company is named after a town in England, though the resemblance to the name of the tall furry humanoids in Star Wars should be obvious to most anyone on the Internet.

Comments have already started on a thread in the Second Life forums.  One can also check out the Sansar Discord channel for more comments (and there have been plenty there).