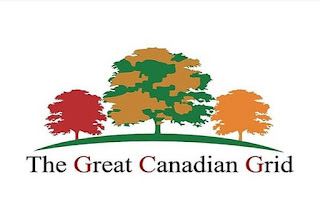 In December, the Great Canadian Grid, an Opensim world, went offline. The reason was a dispute between it's owner, Roddie Macchi, and that of Digiworldz's, Terry Ford, which handled the other grid's management services. Macchi started a Gofundme to raise money to get it going. But it was not enough. On the grid's webpage, Macchi has announced the Great Canadian Grid will be closing for good.

I enjoyed my virtual travels and managing GCG in the last 7 years. But it is time to move on.

Since GCG started out as a hobby I decided not to sell the grid but to close it permanently.


Machi went on to say those people who had a place on his grid could get the oars from gevolutionworld.com, "I have made arrangements with Cliff Hopkins aka Shadow to be sure to hand over only those whose names were owners ... He has an entire list of who owns what, and if successful on the corrupted database ... he may also be able to retrieve your .iars." Machi stated he no longer had the database, as "the new hosting company maintains it in their servers," so people would have to contact gevolutionworld.com.


I hope you all find your way and enjoy the opensim world like i did.

Thank you all for supporting GCG and me,

The final line was another swipe at Ford and Digiworldz, whom he has blamed for the grid's closure.

There's been a great deal of chatter on the "Hypergrid Explorers and Creators" Discord thread (link) in the "Great Canadian Grid" channel. "The level of drama in OpenSim just boggles the mind." "Well so much for being nice on opensim. ... time to ruin hypergrid." "i seen this from the very beginning when he started begging for money .. having folks pay tier ahead of time and the go fund me ?? i feel for each and every one of you .. its like a old Inworldz nightmare all over again." One person was particuarly angry, accusing Macchi of stealing his virtual property. It was also stated that the recovery effort of the grid had been 70 percent complete when Macchi made the announcement, and due to accusations of theft the handing over of oars files would be suspended.

And so, another virtual world fades away.