Some Details Revealed on The SL17B 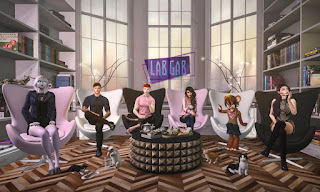 Of the theme, Patch explained the "theme will be 'Vacation and Road Trips.' Other than that, we cannot share too much information." Of when will it open, the "Soft opening" would be on June 18, when the sims are open to those in the Second Life Birthday group. June 19 is the full opening in which everyone can enter. The event's end date is yet to be determined.

Exhibitors will have more parcels this year. They will also have more freedom to design their exhibits as there will be less of an emphasis on building within the theme. Still, keeping with it is encouraged.

Applications for the event will be "coming out every couple weeks for the next month and a half," starting Feb 28 with Musicfest.

Patch answered a couple questions sent in by residents. One was will the Cake Stage and Stage Left from the days when the SLB was resident-run be coming back. Patch responded Stage Left is still around, renamed as Main Stage. Of the Cake Stage, "We just decided to diverge and diversify. ... But you never know. We might decide to bring something like that back. ... if it fits somewhere at some point, it can come back, "I don't know if it will be this year".

Another question was if the SLB would have an adult section. Patch's answer was, "That is something that we put some thought in to, and it may happen. We still have some logistics to work out ... when it comes to different types of content that are rated at different levels in proximity to one another. That's one of the things we have to ... figure out. It's not a 'no,' but I don't have a firm 'yes' on it."

Mischevious Mole had this to say about the SL17B, "It's really about and focused on the community of Second Life. We want to encourage everybody to participate. In the past, it has very much been 'let's do exhibits based on the theme, let's do programing based on the theme, and this year, whatever your passion is.' Please think about how you can bring it to (the) Second Life Birthday and share it with everyone else."

There was more talked about afterwards on the Linden Homes and other subjects. To see the video of the whole Lab Gab, Click Here.