Avi Arrow, Owner of The Ivory Tower, Has Died 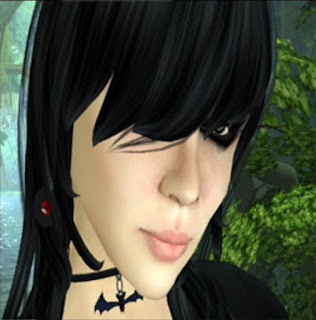 Sad news for fans of the Ivory Tower of Primitives. Avi Arrow, the owner of the noted longtime location in Second Life, has died. The news was announced in the Ivory Tower Library Group.

We are very sad to inform everyone that our beloved friend Avi Arrow passed away at home Saturday, October 23, 2021 surrounded by her family.

She will be deeply missed.

I had a few words with Marcov Carter, one of four officers in the group. "She will be deeply missed," he spoke of her, "she had a lot of good friends, she did a lot for the comunity, very sad." He stated an inworld memorial service was being planned and "we will rez two statues, in Zoe, as she wanted, close to (the) Lumiere Noir memorial." Of the Ivory Tower area, "Kennylex Luckless and I, will do our best to keep this place as it is, as Avi asked to us."

For those wishing to pay their respects now, "as a lot of friends started to rez objects for Avi near the table, where she used to stand, we made a temporary memorial." Taking a look for myself, there were candles, a rose, and a screen showing a slide-show of pictures of Avi.

Avi Arrow helped the founder of the Ivory Tower of Primitives, Lumiere Noir, run the place until he passed away in 2015. The Tower was created early in Second Life history to be a place of learning how to build and script.

Avi would present the Newser with an improved sign for it's office as a tenth anniversary present last year.