Election Schedule For The CDS, Fall 2021 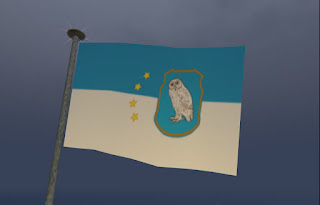 "Hard to believe that we are more than halfway through our 35th term of government but we are. We in the CDS have the privilege of electing our governing officials to represent us in forming and maintaining the laws and policies that determine the structure of our community. This privilege is rare in Second Life. It's also rare in real-life. We should not take this privilege for granted. Any CDS citizen in good standing as of Oct 9, 2021, is eligible to run ..."

Qualification deadline to run for office
- October 9, based on citizenship according to the October 8 CDS Census

Call for candidates for RA and Chancellor announced
- October 18

Deadline for declaration to run for RA or Chancellor
- October 31

New RA Schedules first meeting and election of LRA
- On or shortly after December 1, 2021