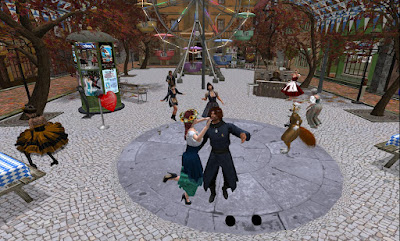 This past weekend saw a few events. One was the Oktoberfest at the Confederation in Democratic Simulators. It was three days of fun that culminated in the "Party at the Platz" with DJ DJ Callipygian from 12 to 2 PM, with all the beer and sausage one could eat. 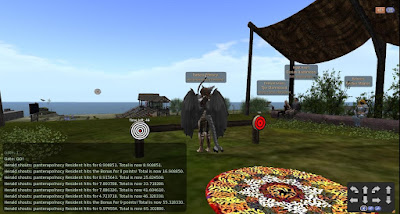 It was also the final few days of the Renaissance Festival, the largest fundraising event for "Making Strides Against Breast Cancer." There were roleplays, tournaments such as the archery ones (above), and the music events. There were also some raffles. Among those who won a chance to name a new region was Trader Whiplash. Among those whom won a chance to make a new last name for residents was the Sunbeamers' Matt Carlton.

For those who missed the event, there are other Making Strides fundraisers. And of course there is the upcoming Christmas Expo. Making Strides raises money for the Relay for Life, which goes to the American Cancer Society.