Looking Back at BNT and Podex

It was twelve years ago last week in October 2009 in which one of the major sponsors of our predecessor paper, BNT Holdings, a virtual real estate rental business owned byIntlibber Brautigan, went under. Intilibber was a controversial figure, for some of his opinions and as a defender of Woodbury University, which had a reputation for harboring griefers. But his sponsorship of Second Life Newspaper was long term and generous, with space for a large office and a private island for the owner and editor thrown in. All seemed well until in October 18 when editor Dana Vanmoer logged in to find she couldn't get to her home, and none of us could get to the office. Intlibber had defaulted on the sim payments, and no one knew anything until they were taken offline.

Dana asked Intlibber for an official statement, and eventually he made one, While he blamed the economy for his difficulties, he also blamed others for his troubles, and Dana would not publish the "outpouring of spite" in full. Dana would soon get another sponsor and a new office in a deal with Skybeam Estates. But the paper never did recover from the blow, and a few months later in April 2010 she made the decision to close the paper two months later. After his business folded, Intlibber had gotten banned by Linden Lab "for multiple breaches of the TOS." One can read more on the details in our May 2015 article on BNT going under. 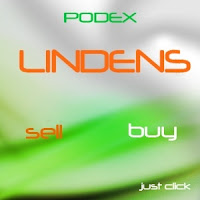 When Second Life Newspaper folded, Second Life Newser rose to take it's place. It's first, and one of it's longest running, sponsor was the Podex Exchange, sometimes called the Podex Bank. Run by Jacek Shuftan, they were a Linden dollar exchange service, exchanging Linden dollars for several international currencies, as well as Bitcoin. The big attraction, people could sell Linden dollars to him and get real world currency faster than with Linden Lab. Although not asked to, the Newser would do monthly adverts of stories of either customers at the bank or the misadventures of a hard luck bank robber, "Clumsy Cooper," whose schemes to rob Podex failed every time, and were futile anyway as he couldn't have gotten to the money. My "Polish cousin" as he called himself renewed his sponsorship time and time again, for years. 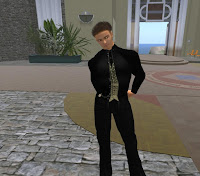 Unfortunately, Linden Lab was less than happy with independent Linden dollar resellers, Podex included. In June 2013, they moved to shut them down, but partially relented after a public outcry, though putting restrictions on them. Two years later in June 2015, the Lab moved again to close them, saying after August they could sell no more Linden dollars. Although Jacek hoped the Lab could be persuaded to change their minds, this time the decision was final. And in late October 2015, the Podex Exchange building vanished from the Grid, and the Newser lost it's best sponsor. This was not the end for Jacek as he had expanded his business to InWorldz and other virtual worlds, but without Second Life he was making only a small percentage what he had been.

Considering his blaming others for his troubles and not telling my former boss what was about to happen until after the axe fell, it's hard to sympathize with Intlibber. Jacek in contrast was an ethical businessman, and it's easy to see Linden Lab at the time as feeling embarrassed by him beating them at their own game. One certainly remembers their best sponsor being told he has to shut his doors. In any event, we thank Jacek for his long period of support.