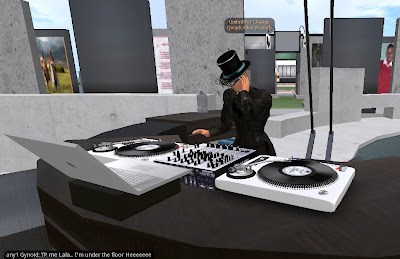 From 12 to 2 PM on Sunday August the 28th, DJ Quark Allen performed his trance tunes at the Eternalis sim for the "United for Change" fundraiser for Kenyan children. At 12:25, Lalabel Demina announced a total of more than 109,000 L had been raised. 100 Lindens was enough to buy a meal, so this was enough for 1090 meals.

The event would go on until 5 PM. SL Newser hadn't heard what the final total raised was.