SOPA Down But Not Dead, PIPA Still Up in Senate, Internet Companies Protest

With the White House coming down against SOPA a few days ago, it was no surprise that the bill was finally shelved. While some have declared victory, “Ding-dong, SOPA’s dead,” others are more hesitant. As it turns out, SOPA’s co-founder Lamar Alexander plans to bring it back in February, "due to the Republican and Democratic retreats taking place over the next two weeks.” So the bill is still out there. 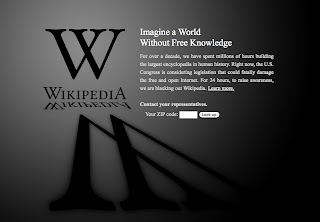 And it isn’t just SOPA people on the Internet are worried about. Like many other bills in the House, a similar bill was sent to the Senate, the “Protect IP Act” or PIPA. Considered just as big a threat to the Internet and Second Life, it is due for a vote in the Senate this January. Sponsored by Patrick Leahy, the bill is described as having bipartisan support among 40 Senators. Senator Ron Wyden has spoken out against the bill, as has the “Tea Party Patriots” organization.