Special Event at the WW2 Combat RP in New Fallout 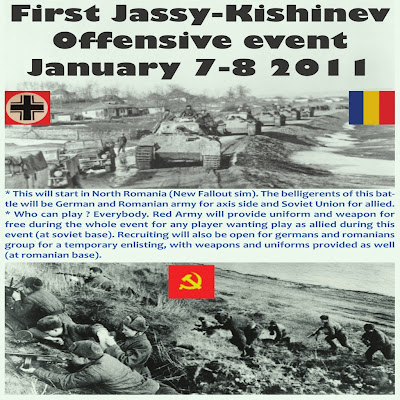 JessicaBelle Dayafter told Second Life newspaper about a special event at the WW2 RP. This battle will be going on all weekend at the New Fallout sim. Both sides are more than happy to take in new players, but it is asked they take a few minutes to check the rules before storming in. Certain equipment provided for free is required to take part. For details on the battle, check Wikipedia. For decades, Russian historical records would not include it, so it became known as one of the "forgotten battles."
Posted by Bixyl Shuftan at 12:00 PM