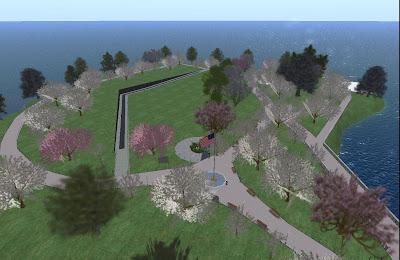 In November, The Vietnam Veteran's Memorial was found to have vanished. Contacting the head of Meme Science, Evian Argus, which built "The Wall" sim where it was, he told me someone had been sponsoring hit, but must have decided to suddenly up and stop paying the tier. He would try to help bring it back if there was someone else offering to sponsor the Memorial.

So who can help bring back this replica of the memorial to the 58,000 soldiers who gave their lives in the Vietnam War?
Posted by Bixyl Shuftan at 6:00 AM