Will Wright to Appear on 1st Question in February 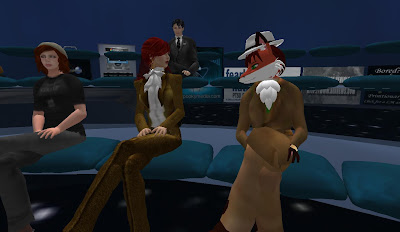 Pooky Amsterdam had an announcement concerning her game show "The 1st Question." Her January show would be postponed a week to January 15th. Her February show would be a special one on Friday Feb 3 instead of Sunday. Among the guests would be Will Wright, the "Creator of the Simulation game genere" who joined the Linden team in October 2011. Plans are for a rare live broadcast on Treet.tv, plus there will be a cap on the number who can enter the set while the show is taking place.

Hydra Shaftoe, until recently the regular cohost of the game show, will be coming back for this special episode. Pooky also told that her dating show, "The Dating Casino," will be making a special Valentines Day return.
Posted by Bixyl Shuftan at 6:05 AM