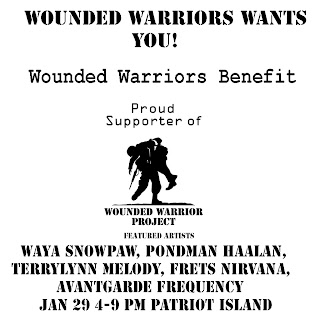 Frets Nirvana, the premier guitar artist in the virtual world Second Life and the US Military Veterans Group announce the first Wounded Warriors benefit for the year 2012.

More than 30,000 troops have been injured in recent conflicts, many of them suffering traumatic brain injuries, amputations, and severe burns. Wounded Warrior Project (WWP) provides services and programs to ease their burdens and aid in the transition back to civilian life.

Press Release
Posted by Bixyl Shuftan at 6:00 AM