Several Clubs to Protest SOPA/PIPA by Closing for a Week 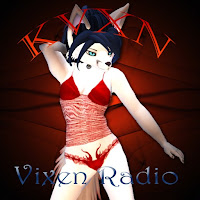 Nydia Tungsten, whom has been helping to run several clubs in Second Life, posted the following in several of her groups:

To bring attention to the SOPA/PIPA bills in congress the following clubs would like you to know what SL will be like if they passClub Zero GravityThe Happy VixenClub FurH.M.A.S. Little doveCastaway Cove Beachwill all have NO events for 7 daysand KVXN will go silent for 24 hours on Thurs Jan 19.


Talking to Nydia, the following song would be played at her clubs during the KVXN blackout, "The Day the LOLCats Died," a song parody written against SOPA and PIPA.