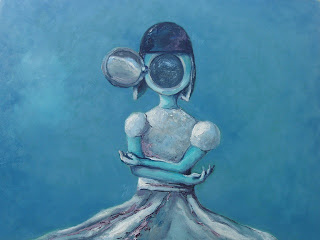 While SOPA and PIPA made headlines last week, there were other events of note on the Grid. Among them was news about noted artist Bryn Oh and her artistic Immersiva sim. A Crowdfunder - type project to fund the place reached it’s goal after only a day after it began.

To begin with, the Immersiva sim was closed in December when her patron ran out of money. She with Kiana Writer of Madpea wrote a joint letter to Linden Labs to try and convince them to let her keep the sim. It was rejected. Following that, she decided to try a crowdfunder style prioject at Indegogo.com. Set to run for sixty days, with larger donations would come gifts. A donation of fifty dollars would get one a rabbicorn scultpure for one’s Second Life account. A hundred dollars would get one five sculptures “and the private use of Immersiva on your rez day.” $500 would get one an ink drawing. $1000 an oil painting. $3,000 a commissioned painting. $500 and up would also get one listed in Imersiva as a sponsor. 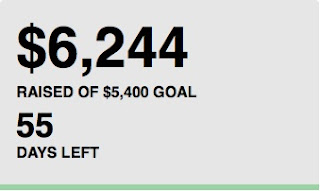 To everyone’s surprise, Bryn got a large donation from film director Peter Greenway. As it turns out, Greenway’s a sponsor of art in Second Life. He donated six months worth of teir for Immersiva. Hamlet Au quoted him as saying, "In the exciting new arena of immersive Art which offers so much to the future of communications, Bryn Oh is an important, fascinating and innovative pioneer and should definitely be supported."

Not only have the donations continued, but she raised over $6,000 in a single day! This is more than the original goal of $5400. Only a few hundred more has come in since then, but the massive start ensures the fundraiser is a success.

For those who want to contribute: Click Here. Among those who’ve donated are Crap Mariner and Thinkerer Melville.