Friday July 19th was the last chance to see the exhibits at the Relay For Life Track. At 9PM SL time, builds still up would be taken down. And so people were going around to see places while they were still up. Already a few spots were bare from builders clearing out early. 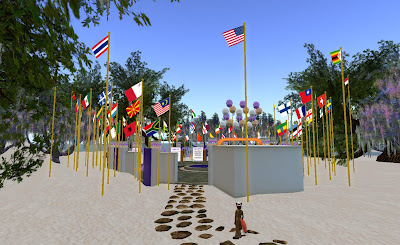 Don't forget that you only have until 9pm slt tonight to clear your parcel in order to avoid having your build returned to your Lost and Found!  It's bittersweet to see it all go away and we are just in awe over the thought and talent that went into this event weekend this year.  Thank you so much for being so cooperative and creative!

While some builders just quietly removed their camps, others decided to go out with a bang. Teams held final dance parties at their plots, or held a "demolition party," making the end of the build an event of itself. This included the Relay Wizards for Spunky's exhibit in RFL Imagine. 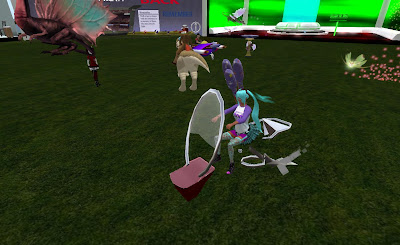 I met up with DrFran Babcock and Catboy Qunhua at the plot, and we talked and joked for a while, launching a few fireworks and showing off a few items. 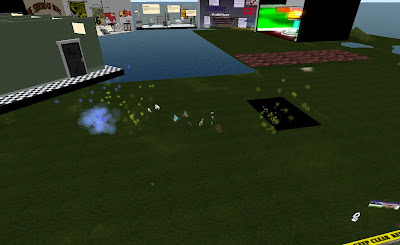 A few more showed up, and it was soon time to "crash" our own party. The exhibit was raised up into the air, the prims were unlinked ... 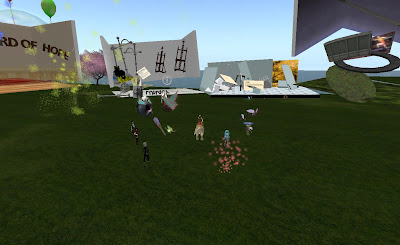 And then the build was dropped. The result was a shower of parts as the pieces went flying. 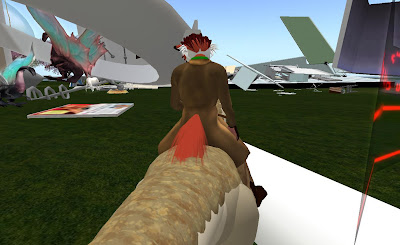 After some moments, the prims de-rezzed, and the plot was green once again. 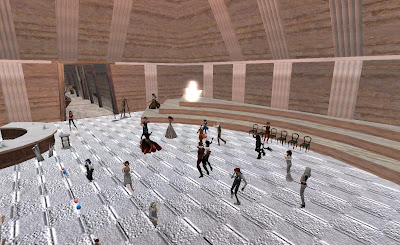 Shortly afterwards, we went over to the New Babbage Exhibit where they were having a farewell party deep in the mine of their camp. 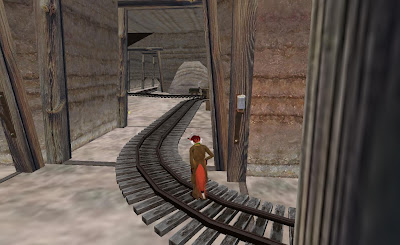 One could get there by navigating the twisty passages, lined with rails for mining carts. Or one could just port in. 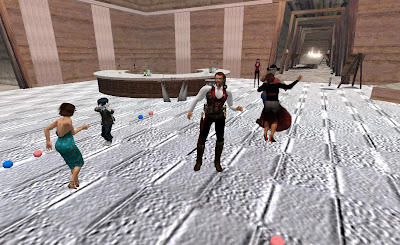 We danced to a combination of pop music hits and sci-fi themes such as "Dr Who." 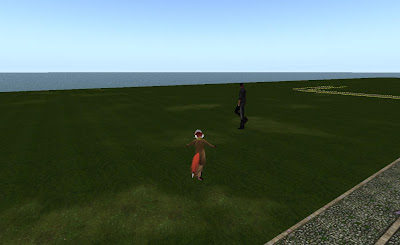 And so, the Relay For Life Track had come to an end, the sims due to soon vanish back to the virtual nether for another year. A few teams will have wrap-up parties, with the main Wrap-Up party in August with some awards give out. But for most Relayers, this was the de-facto end of the season, looking ahead to 2014.