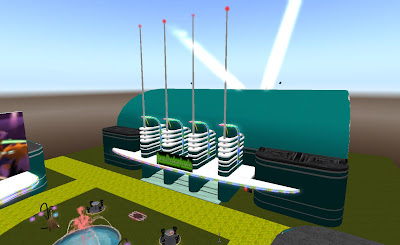 On July 3rd, the Green Meadows Ballroom held it's Red White and Blue event. This event was special as it would be the last event there for quite some time, possibly for good. Owners RECoyote Mindes and Perri Prinz announced they would be closing their club. 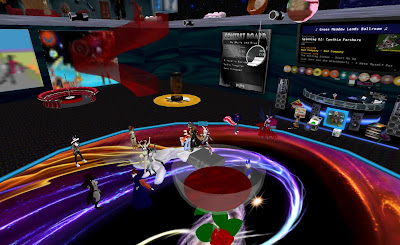 About a dozen and a half residents, probably close to two dozen at one point, attended the party. The normally 250 Linden prize was bolstered to over 3000 for the event. 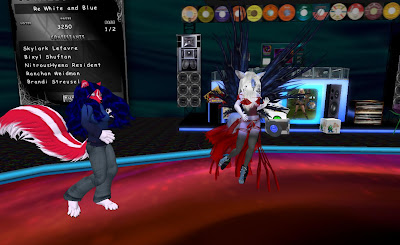 The dancers dressed up in red white and blue, or their avatars already came in one or more of the colors. Cynthia Farshore DJed for the event. She closed the party with "The Final Countdown" and "Kiss Him Goodbye." 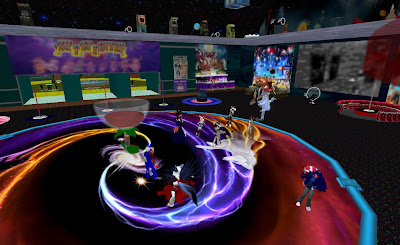 Originally called Perri's Xanadu, Club Green Meadows has been around since 2009. Perri is a science-fiction/fantasy writer, and renamed the club after one in her stories. Despite Perri's popularity as a skilled classic rock DJ and numerous complements of the club's design, attendance has normally been small with the DJs and hostesses making less in tips.

Skylark Lefarve, a hostess of the club, sent over a a dropbox page with a number of Green Meadows pictures (Click Here).

Perri will still continue to DJ, performing at Club Zero Gravity, Cutlass, and other locations.