All good things must come to an end, and Saturday June 29th was the last chance for to see the exhibits at the Second Life Tenth Birthday, better known as the SL10B. In the past, the final day passes more or less uneventfully, maybe a few reminders in various group chats. Also when going about, one would often see a number of empty plots, the result of the builder taking down the build early. And with the SL10B having a little less of a build-up in publicity than the one a year ago, such as fewer videos made for publicity, one could be forgiven into thinking this would be the case once again. 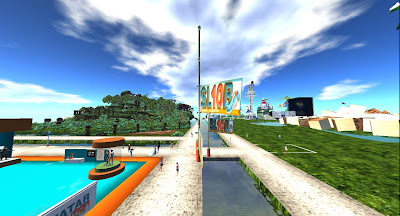 Things were a little different this year. Although June 23rd had been officially the last day for events, there were a few things planned by the staff. At Noon SL time, the flags in various locations were lowered all at once in a simple ceremony. 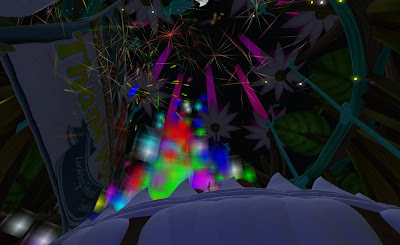 After that, fireworks were set off at the Cake Stage in the center of the SL10B area. The launchers were set up around the cake build itself near the top of the stage. 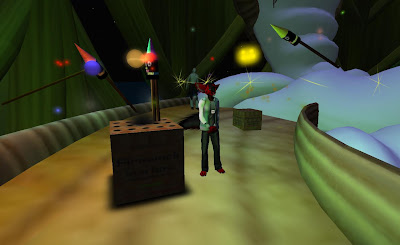 A few of the staff launched the fireworks into the air with a loud "whoosh!' and exploded in color in the sky above. Saffia Widdershins was among those nearby whooping it up 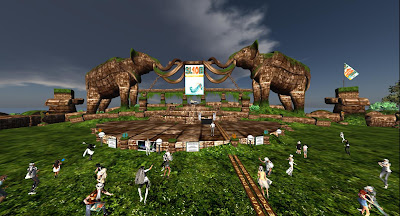 From about 1PM to 9PM, there was a Closing Party at the Turtle Stage at SL10B Impressive and SL10B Spellbound. Various DJs would perform for the crowd there.  But the stage was not the only place the residents were. 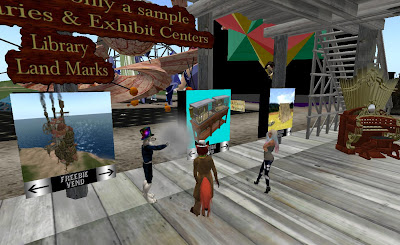 All around the SL10B grounds, people were going about either to see what they had missed, or to show to friends what they had seen earlier.  There were also exhibits, such as the Spanish Institute, which had set up events of their own, such as discussions or their own DJ parties. 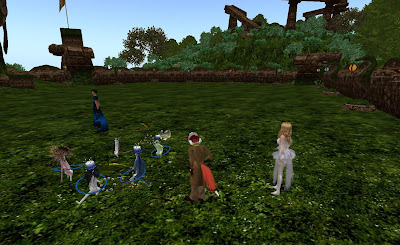 The grounds were occupied all day and presumably all night and into morning as the residents continued to either explore the place, or gather at spots and mingle. Late at night at the Turtle Stage, there was a smaller crowd with several dancing sugar glider avatars available at a place people had gone to from the LM at their exhibit. Toady Nakamura a noted builder from Grendles Children, whom had helped build the stage was also there.

And all day and all night was the chatter in the SLB community and exhibition groups, congratulating each other for a job well done. 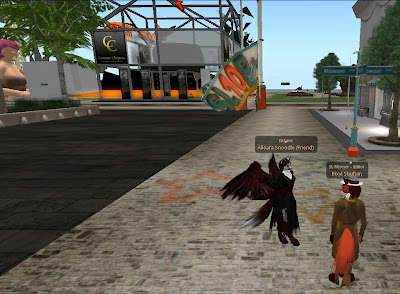 For me personally, there was one more difference between this Birthday event and others. More friends of mine showed up to look around, as well as get a few things such as the aforementioned sugar glider avatars, or freebies that might come in handy for decorating. Alleara Snoodle wanted to show me her friend Kristine Kristan's "Now and Then" art project (written about by DrFran Babcock), and was surprised to find her picture there among the others. 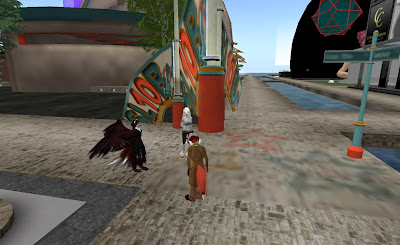 My partner Jasmine Dawn Shuftan was also there. Later in the day, Nydia Tungsten and a few friends showed up. 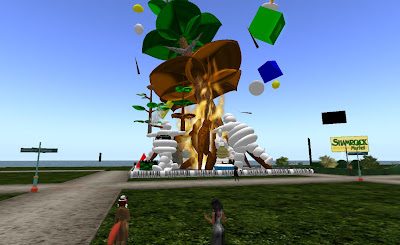 Eventually, it was time to depart, leaving the exhibits I had yet to see. On clean-up day, there would be a chance to see a few more as some exhibits were still up for fellow exhibitors to view. But the majority were gone. As the day went on, they were dismantled. A few exhibitors did have fun with it by having their places burn or explode. And they bade each other farewell, "See you all next year."

For now, the staff and exhibitors will get a break, at least most of them. Some are already preparing for the Relay For Life Weekend in a few weeks. But people are already looking forward to the SL11B, and sooner or later the staff will once again start planning for Second Life's anniversary celebrations. 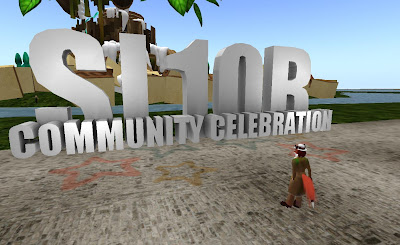 Bixyl Shuftan
(1st and 4rth pictures from Gemma Cleanslate)
Posted by Bixyl Shuftan at 6:01 AM