On Satuday, October 26, Luskwood held it's annual Halloween bash. To begin with, it was just a week since the community's ten year anniversary. So the staff didn't have much time to rest before getting things ready for another show. 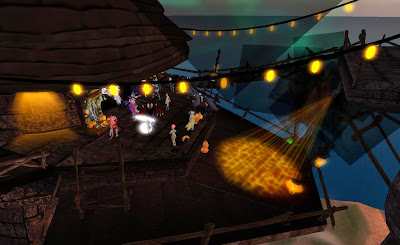 Luskies party hard! Our annual Halloween party is this coming Saturday Oct 26 starting at 6pm SLT. Start thinking about your costumes, we have a great evening of entertainment lined up! Hope you have your spooky costumes at the ready! Come join us for some spooktacular entertainment for Halloween!  See you there! 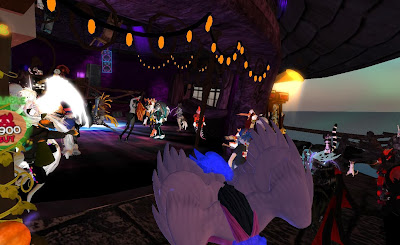 Once again, the party would not be held at the "Big Tree," but at another location in Luskwood. The LM that was given out in a group announcement took me to a place way over the ground. The place, a kind of treeclub that was partially platform and partially inside the trunk, was set to midnight on default, and gave it a dark and foreboding look. Besides porting or flying, one could make their way out by going down on a rickety spiral staircase. The place was packed, and it took a while for the place and the residents there to rezz. It didn't help that I crashed a number of times. There was a cash prize of ten thousand Lindens for the best Halloween look. DJ Halley, dressed as a cartoon villain's minion, spun the tunes for the party. 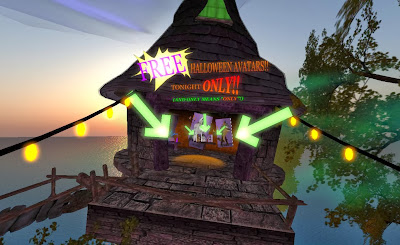 If the crashes and lag were a trick, the treat available for the residents was set up in a nearby hut, reachable by either flying over or walking down a rickety-looking series of bridgeworks. Inside the place were three free avatars that were billed as being there only for the night. These were cartoony werebeast looking vas, one stitched up and pale as if it were made up of dead beasts various parts sewn together. Next to the party area were a couple Halloween avatars for sale: a black gryphon and a bloody wolf. Founder Michi Lumin was there wearing the gryphon. 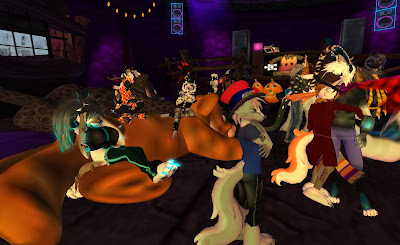 Eventually the party came to an end. But that wasn't all for the night. Over the radio stream, some spooky stories were told, with some listening while on a large plush on the floor. One had a Lovecraft bent to it, dealing with things Man Was Not Meant To Know.