As the fallout from Linden Lab's change of the Terms of Service concerning content creator rights continues, more people have expressed comments about the issue. Some, such as Mona Eberhardt of the Living Virtually blog, feel the Lab is in the right, residents should stop worrying about being ripped off, and criticism should be muted otherwise the Lab will just stop listening.

It is obvious that this revision of the ToS was, to say the least, short-sighted and ill-advised. But it is not obvious to the Lab. Now, contrary to what is claimed, LL does not claim ownership of anyone’s intellectual property and all such talk needs to stop now, because it’s not only counter-productive, but also harmful. ... SL content creators need to understand that the new ToS do not constitute an appropriation of their intellectual property by Linden Lab and all such wording needs to be removed from blogs, in-world “grassroots” groups etc. Why? Not only because it’s factually wrong, but also because it sets the entire discussion off on the wrong foot: with wording like this, the other side in this discussion (i.e. Linden Lab) will perceive it all as “yet another round of false accusations” and will simply not bother to listen to even the calmest of voices, especially given that LL doesn’t face any real competition. ... So, if this screaming, shouting and yelling continues, LL will be very well inclined to adopt a “f**k you” attitude, reassured in the “Catch-22″ situation users are currently in.

Hamlet Au of New World Notes talked to a lawyer knowledgeable on IP rights, Agenda Faromet. She felt the Lab's actions were from trying to "consolidate its many new services under one set of policies," and compared it to similar actions by Google, which eventually got it in trouble with the Federal Trade Commission. She called Linden Lab's move "tremendously short-sighted ... Linden Lab's refusal to understand the needs of its customer base is far more troubling to me than its poor contract drafting." She felt all the Lab needed to do was just make a change of ten words, "All they need to do is limit their license to uses within the scope of their business purpose. People might still be mad, but then it isn't nearly as stupid a license grant." 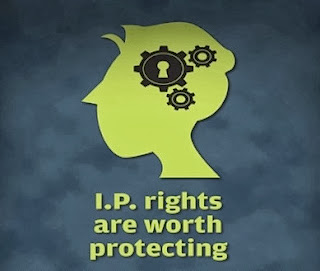 Aeonix Aeon (Will Burns in real life) also commented on the matter. In his article, he compared it to the owners of a warehouse where publishers go to store their books claiming equal rights to the contents. The slogan "Your World ,Your Imagination" he felt no longer accurately applied to Second Life. So what was going on? Aeonix could only guess, but he had some ideas, "in most technology companies, there is a very high expectation of (an) Exit Strategy from investors, and your subsequent board of directors." And the "end game" is usually either public offering and stock (like Facebook) or acquisition, being bought by a bigger company (like Tumblr). In the case of Second Life however, it wasn't large enough to offer stock, and not bringing in enough bucks to attract a buyer.

Aeonix's article seemed to express the opinion Linden Lab was beginning to move away from Second Life, " … unfortunately Rodvik does not comprehend Second Life as much as he insist he does. … Desura is the content distribution platform for games because Linden Lab doesn't think that Second Life is that platform. Therefore, Desura is your replacement. Rodvik, for all his Pedigree, is thinking like an EA Games executive."

... your content isn’t of use to a AAA developer but it’s a goldmine to indie game developers. If Linden Lab refuses to “work within the system”,  they are going outside of it to a place you have no control over and can’t compete with them at. Linden Lab cannot compete with the community in Second Life on their own terms, even when arbitrarily poaching everything you are already offering and have been for ten years. So if they can’t win in Second Life, they’ll just change the game to something they have the complete control over and you have no manner to compete with.

If you believe that the assets in Second Life aren’t worth anything to Linden Lab, then guess again. Figures in the industry would say that an estimated $1.5 billion dollars each year is spent on virtual goods, and while you may believe that only applies to in-world transactions, this can just as easily be applied to those same assets outside of the Second Life ecosystem. People will pay good money for all the stuff you’ve created, and if they wouldn’t than most of you would never be setting up shop in Second Life to begin with.

Just moving to other virtual worlds wasn't an effective solution, Aeonix reasoned, as the Lab would still have the content, and a mass exodus would simply speed up their plans. A letter writing campaign might not do much good, "We all know how much the Lindens tend to converse with the community these days …" So what would get their attention? A class action lawsuit.

Ironic that a TOS that was likely written to avoid such legal issues would instead raise a veritable legal-storm of apocalyptic proportions. But it wouldn’t be just a lawsuit on behalf of the content creators alone in Second Life, but one that encompassed all of the third party content services like CGSociety and Renderosity. It would include the bigger names as well, vouching that their content which entered into the system under limited license has been misappropriated and revoked without their consent or authorization. Under no uncertain terms can the licensing for content have the terms changed or stripped retroactively by Linden Lab for personal or commercial gains, immediate or potential, as defined by the new TOS clauses.

Aeonix and I later talked. He stated, "I'm just taking educated guesses. (I) Don't want people thinking I'm calling for Linden Lab to be burnt to the ground or anything. Just looking at all angles and possibilities." Later on, he would write again about what he called a "Migration Solution."

What if Kitely could automate the validation of receipts from #SecondLife  to carry over the content to pre-existing customers in a usage transfer? That way whatever I've bought in SL from content creators, if the content creator moves their stuff out of SL into Kitely and Hypergrid, I could validate the same pre-existing purchases over there and reclaim the inventories for HyperGrid and Kitely without making people repurchase the items they already have bought. This would create a massive incentive to move over everything and leave SL without creating the situation of nullifying content with refunds in SL - so the content creators aren't in a hostage situation and the people who bought those items won't lose them entirely and would be able to reclaim them in Hypergrid as an automatic voucher without having to repurchase the items. This would flood Hypergrid and Kitely with content and an incentive for users to migrate over outside of SL.

In the meantime, the controversy continues, with no sign of Linden Lab backing down.