Interview with Will Burns (Aeonix Aeon) About The ToS Controversy

Will Burns (account name Aeonix Aeon) is a resident in Second Life of a number of roles, including content creator, businessman, and is the writer behind the Andromeda blog under his real-life name of Will Burns, where he writes about Second Life, and virtual worlds in general. Among the articles on his blog was one he wrote in October 2010 following a series of moves by Linden Lab most residents couldn't make sense out of. Will at the time felt he could, concluding the Lab was looking for an investor or a buyer. 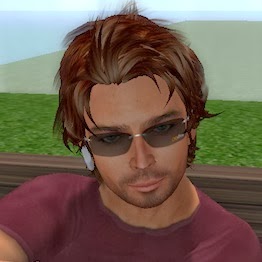 So what did Will think of what was going on with Linden Lab now? I talked with him shortly after he had written about the matter. When I questioned him about his comment to Shava Suntzu/Shava Nerad about calling Linden Lab's move part of an exit strategy, he responded, "yes, but not the sort of strategy people think. … The exit strategy may very well be to transition SL into a closed and highly controlled gaming system where they own everything, and it can be offered for resale to indie devs as a service on Desura in order to bolster their other diversification offerings. Either that or to transition it to (possibly) a 'Second' Second Life which could be high-fidelity, or whatever, in which case it still stands that the closed system mentality and control is needed to make sense in the whole for Desura and the closed gaming platforms they are making in an ecosystem."

"It could be a little bit of both, but as it stands - and exit strategy looks a bit toxic from the outside because SL is a wild card and looks like a giant headache for not being able to own the content. In order to alleviate that, they look to be circling the wagons for a transition to another system where they can outright make it closed and vetted only through Linden Lab for user generated content, much like they now do for TPVs, which gives them ultimate rights and control. But it wouldn't surprise me if they offered a content pipeline service to indie devs on Desura in order to make it lucrative for adoption. I wouldn't rule out a future point where they may also say that everything is a review process for import, either. There is a lot of reasons that make sense. But most of them revolve around the end-game or transition."

Unlike most, Will felt the Lab knew what it was doing when it wrote the new ToS, "They couldn't have written it better. Because that's what their intention actually was. If it wasn't they would have fixed it already. … Even if you went to another Grid,  they still have the copies and will continue to have the rigths unless you enforce otherwise. When you delete inventory, you are only deleting the UUID key that you have to each item. But the master copies stick on the server because *other people* might have access to it. So unless you send DMCA or removal requests to LL, all deleting your inventory does is delete *your* own access to those files, but doesn't delete from the servers. If you want them all gone, you likely have to send the DMCA or similar for content removal to get them to remove the *master* copies on the servers so *nobody* in SL can have a copy.  *Then* you can go to another grid knowing you've cleaned your stuff out of SL completely. Otherwise.. just picking up shop and moving to Inworldz doesn't do anything to what is on the server unless they specifically sent the removal request and DMCA type process.

Of course, if you've sold anything in SL, like say.. a brand, if I send a DMCA for removal of content, that means everyone that bought my stuff loses it and you probably owe people refunds out the a**. See the catch 22 LL is betting on? That's why the TOS is written just the way they want it. Even if it's a total rat bastard power grab, still does just what LL wants, unless you take them to court in a class action to reverse the TOS agreement. But I dont see much of anything for a option at all, really. It's a hard situation no matter what. Somebody is gonna lose, and LL is the least of the loser(s), no matter what."

"There is a third option," Will suggested, "make content that requires a 3rd party authentication to be useful, so taken out of the auth situation, would be utterly useless." I asked Will to give an example. He answered, "Sure. That's exactly how 'eureka!' works. It's a front end HUD, but the actual mechanics and such are on a external server which they can't claim ownership of. Same deal with the kiosks - they require the external server to work. Without it, both are DOA, essentially. Kinda like a built in kill switch. You take away the external component and the product becomes worthless, in the sort of manner of like, texture for a mesh shirt is defaulted to something god-awful ugly. But the HUD (connected to external server) fixes that.  I would imagine Meeroos wont work without external servers, etc."

"But the best bet would probably be a legal one en-mass."

It was at this point Will had to depart, and we went our separate ways. He did remind me that he wasn't calling for Linden Lab to be leveled, "Just looking at all angles and possibilities based on a corporate mentality premise."

Will Burns' articles about the ToS controversy can be found on both Andromeda, and his Google Plus page.