In the past few days, there have been more reactions to the revised Second Life Terms of Service concerning content creator rights. On Saturday October 5, Bryn Oh, a well known artist in Second Life known for her work on "The Rabbicorn" and other exhibitions, resigned from the Linden Endowments of the Arts' committee. 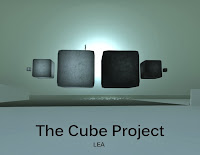 As it stands now I don't feel comfortable luring artists into creating content for Linden Labs who can pretty much do whatever they want with it.  I will take the risk with my own content but I wont encourage others to do so.  ...  Linden Lab could scoop (your content) up and put their money behind it, while you struggled to promote it from your basement.  The TOS ... is just another indignity artists and thinkers must suffer, and I don't want to be a part of it.  ...  I don't honestly believe Linden Lab would do these terrible, immoral things yet they have not explained anything to the community.  They have not said "Oh hey I can see how it looks alarming but really we just need that wording to help us market the product easier etc ect.. and we needed to add "sell" and "re-sell" to the wording for this reason.."  Do you want to sell our content through Desura your new digital distribution acquisition as some have speculated?  If so then explain and share and you might have a willing partner.  But right now there is a lot of speculation, distrust and no clarification.

Bryn Oh felt for now, the public should continue to watch and see. After that, "If in a few weeks they still have not addressed the concerns from the community, then perhaps it's time we preserve our avatar names in other virtual worlds as well." Bryn had accounts in both Cloud Party and Inworldz, "Perhaps spend an hour in a different virtual world each week. Hopefully it is all just a big misunderstanding and we can we can be reassured that our ideas and content are safely our own."

The following day, another artist became involved in the controversy. Johnas Merlin stopped work on his exhibit at LEA26 due to the new ToS. The reasons weren't specifically because of ethical questions, but the "new Terms of Service … make it illegal for me to use some of the content I had planned to use." Johnas has not yet decided whether or not to keep making art or other goods in Second Life.

Last week, New World Notes started a survey for content creators, asking those responding if they had stopped creating or selling content. Of the 266 people who answered, 121 or 45% answered "yes" compared to the 113 or 42% who answered "no." Hamlet Au remarked the results "suggest concern over the ToS which is actually affecting user behavior. Often a Linden Lab policy change causes drama and protest, but has little impact on activity. Apparently not so in this case."

Hamlet asked the Lab two weeks ago if they planed to change the words in question of the ToS to ease the content creators. He has yet to receive an answer.