At the National Space Society Meeting 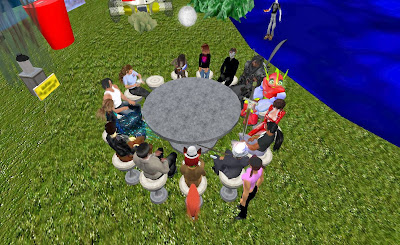 On Monday, I met up with the National Space Society in Second Life for their weekly meeting. Topics ranged from exoplanets, such as some "near-earths" a little bigger than ours, to why English became the standard language of communication, to the budget showdown in Washington DC, which was something of a puzzlement to non-Americans. The bad news for the NSS, it would mean that NASA would be close to shut down should a budget deal fail to pass. Which is what happened today.