Second Life saw quite it's share of funnery on April Fools Day. But what about elsewhere online? There was  no shortage of jokes and pranks in places on the Internet and online games.

Blizzard, the creators of World of Warcraft, did a number of April Fools gags for their games, including a bogus anouncement of a combat game for rejected characters. For WoW itself, there was a joke patch update and a supposed rework of the female Dranei that those in the forums called "derpy." Longtime Warcraft players will recall that the Pandaren started out as an April Fool's joke announcement, but the reaction turned out to be positive, so Blizzard eventually added them to the game. 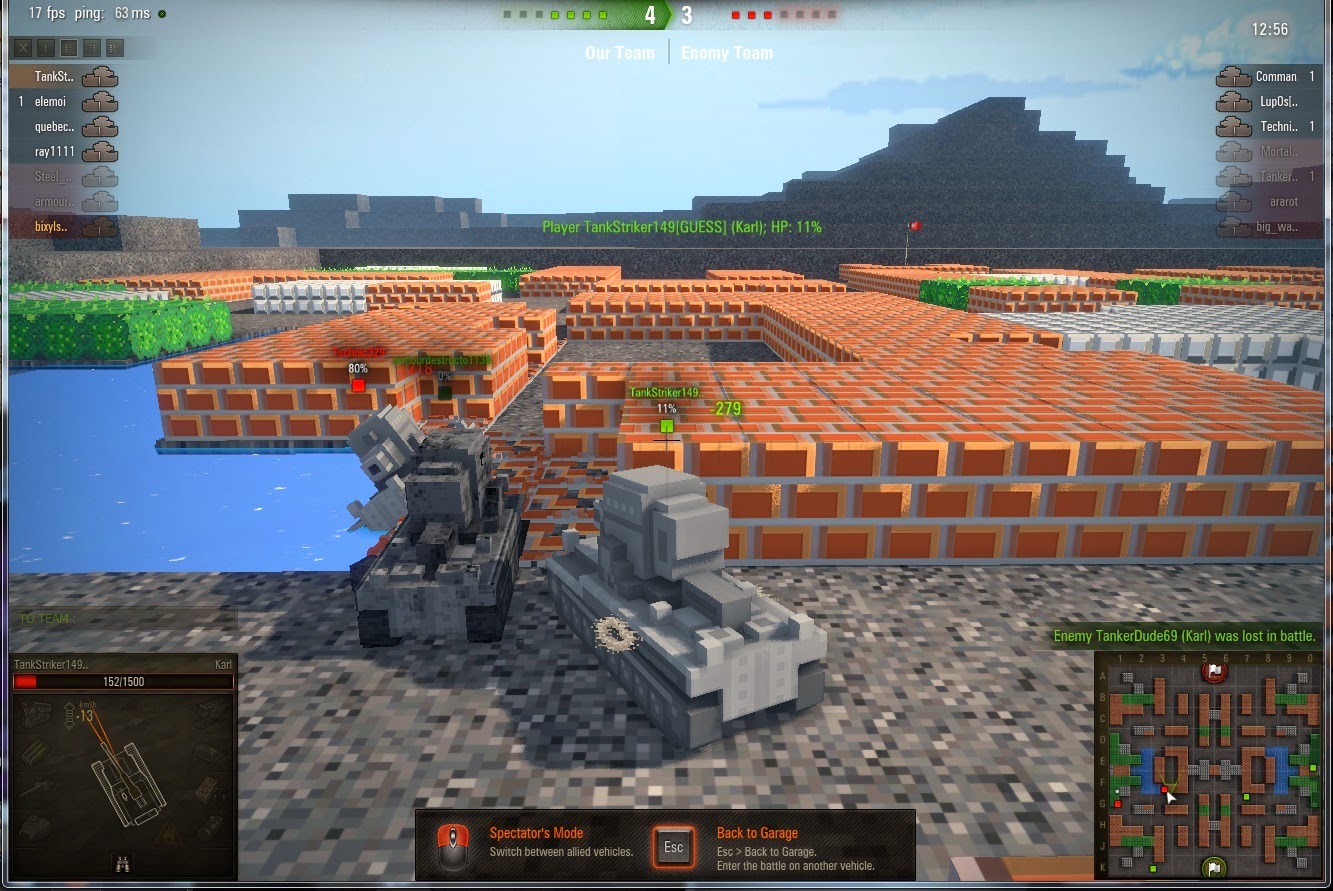 World of Tanks had a couple examples of April Fools funnery. One was a little game "The Crayfish," in which the players tank had to shoot giant crayfish before they clobbered his tank. But the main event was the eight bit throwback, what one friend dubbed "8 Bit Thunder." Players logging in on April 1st found a new tier 1 tank in their arsenals, the "Karl." But the Karl looked like it had crawled out of a 1990s Nintendo game with it's blocky graphics seen in no game today aside from Minecraft. Selecting that tank and taking it to battle, one found themselves in a cartoonish Nintendo like area, with the sound effects simple blips and beeps. The Karl could either shoot forward like an spg, or like an artillery gun. One didn't get experience points, though did get the "Operation Nostalgia" achievement.

April Fools weren't limited to ground combat games. World of Airplanes, made by the same company as WoT, had a joke announcement about flying saucers being introduced as possible targets and/or flyable craft. War Thunder offered "Gaijila," a giant snail reminiscent of those from 1950s monster movies, with energy beams coming from it's eyes. But it could only be encountered on a Development server, and there you had to have progressed to a higher teir. Still, some were able to fight it and post about it on youtube.

Star Wars "The Old Republic" joked to it's players that they were offering asteroids as playable craft. "Lord of the Rings Online" had a phony announcement they were starting a sports league. DC Universe offered a Unicorn Trinket. Massively.com did an article showing some of these foolish stunts, and more.

Lots of foolery across the 'net on April Fools.