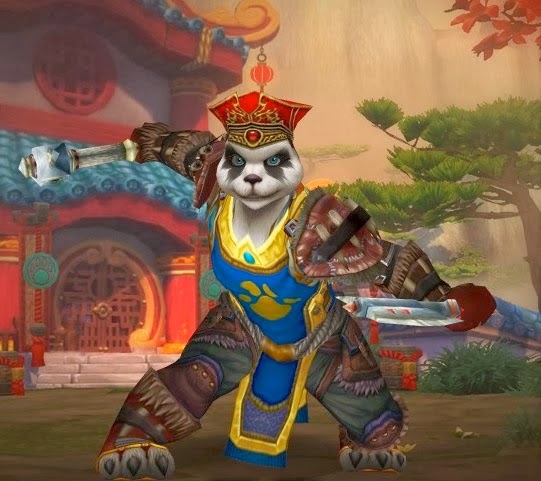 It had actually been over a week since I had last played the game. There were a few reasons for my decision. One was financial, as I was helping a friend support something inworld so there was the "put something in, take something out" factor. There was also the plot development. The upcoming expansion involves a bit of time travel, which I had mixed feelings about. I had just clobbered the tyrant Garrosh Hellscream, which was the closest I had come to a "Win" condition.

But the most important reason, the majority of my friends have "moved on" from World of Warcraft. Almost no one else from the Sunweaver guild pops on, or the Angels' gamer group. A few friends still pop on, which was the big reason I was still staying on.

I'm not alone. From it's peak of 15 million subscribers, the game has slowly dwindled in size. As of it's last count, it was officially 7.8 million. This is actually a rise from 7.6 million from late 2013. But long term it's been continuing to shrink. People have been heading over to newer games, many of which have free to play options. Still, Blizzard's hit game will likely stay king of the MMOs for a few more years.

I've had some happy memories here, joining up in December 2006, at the urging of two freinds whom had a couple Tauren, Outback and Tinatwotoe in the Dath'Remar Australian server, the three of us had a number of adventures and laughs in a Horde guild, notably with a Troll hunter named Juna. Eventually, they had to go, but the fun continued with the Sunweavers and their Alliance guild. Over time, I've seen a number of changes, such as the four major expansions. Flight brought into the game, new lands, new races, and the original continuents given a new look. I've been though quite a bit from the game.

As I stated, I still have a few friends playing Warcraft, so perhaps someday I'll return to Azeroth.